MATESHIP and memories, family and friends, many gone but not forgotten, all were remembered at ANZAC Day ceremonies across the Myall last week. 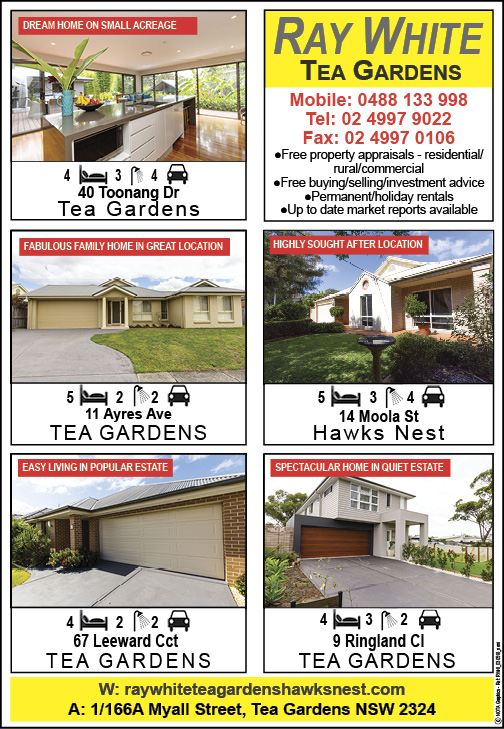 At Peter Sinclair Gardens, the Anzac commemoration was held two days early and attracted a large number of visitors to the Aged Care facility in Hawks Nest.

On ANZAC Day itself, the rain played havoc with the best laid plans of organisers.

The dawn service was called off, Anzac Park in Tea Garden flooded and deemed to hazardous for the older members of the community.

But the traditional March still went ahead later in the morning and crowds of people lined both sides of Marine Park and applauded as our servicemen and women led the way.

Then it was off to the Tea Gardens Country Club for the rest of the service, the rain again playing havoc with the day of commemoration.

Hundreds of people crammed into the Club, not a seat to be had, standing room only.

“We can’t control the weather, and for that I apologise,” RSL Vice President Scott Beaumont told the crowd.

But no-one seemed to mind, as Scott Beaumont gave a moving tribute to the Anzacs and all the servicemen and women since, who’ve served Australia and continue to do so.

“Let’s remember that every life lost, meant something to somebody,”

“The war cost us what that individuals life would have meant to Australia, 20,30,40 years of a productive life, work, marriage and potentially a family, and not one or two of them but hundreds of thousands of lives.”

“Each life was a story untold, and lost.”

After the traditional laying of wreaths, it was time for lunch and the Tea Gardens Country Club put on a great spread for the hungry hoards.

And what ANZAC Day would be complete without the traditional game of 2-Up in memory of the game our Diggers played in the trenches on foreign soil, more than a hundred years ago. 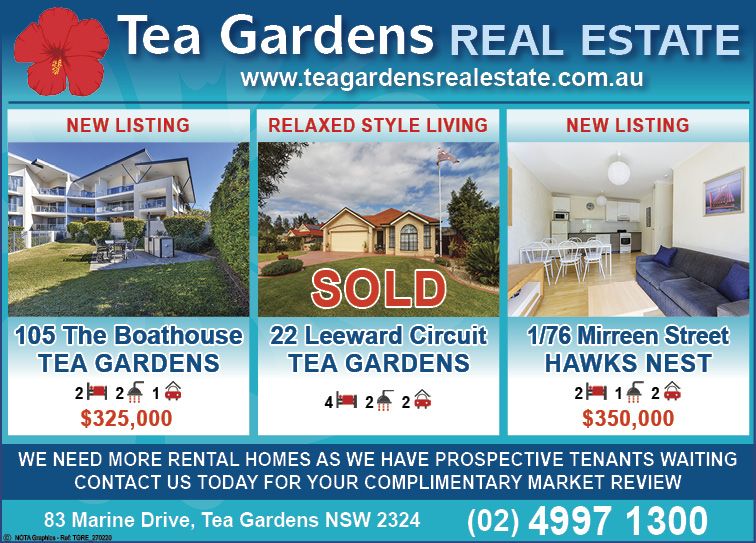