A SPECIAL new Yoga class is in full swing in Medowie, and the children participating are loving it.

Children who normally would find it difficult to focus due to ADHD, Autism spectrum disorder, and ODD literally walked in, joined the yoga circle and although shy at first, joined in and began chatting with Yoga teachers Aimee and Gavin.

Rachael Corrigan, from Hunter Connect, told News Of The Area, “When I approached Aimee and Gav from Medowie Yoga about the possibility of running a yoga class for children with varying autism diagnoses and their siblings, Aimee’s enthusiasm was incredible, never once was it ‘how are we going to do this?’ it was ‘Let’s do it’.”

Hunter Connect Families is about supporting the whole family, as siblings often feel left out with parents and carers focusing a lot of their time on the child with the diagnosis due to the hectic nature that is living with a child on the spectrum.

With a donation received, Hunter Connect has been able to run this program at no cost to the families.

Rachael said, “We have five children with varying diagnoses from Autism Spectrum Disorder, Global Developmental Delay, ODD, ADHD and the rest of the group are made up of 15 siblings, who are having a ball.”

Mother of four-year-old Stephen, Lynda O’Donnell, told News Of The Area, “This has been an amazing experience, not only for my son but for his siblings and for me as a mother. My son has come out of his shell so much during these classes; he has now found enjoyment in yoga and loves leaving the house to join in.”

What makes this improvement extra important for Stephen is that prior to attending the Yoga class, Stephen was having trouble leaving the house, often resulting in a meltdown.

Rachael said, “This week I watched the group arrive, and here comes Stephen, leading his family and telling them to hurry up as he was all smiles, eager to get into yoga.”

“Once inside, he chose his yoga mat and put it right next to Gav’s and began chatting with Gavin.”

“It was simply amazing,” she said.

Seemingly simply experiences like this is what the program is all about. 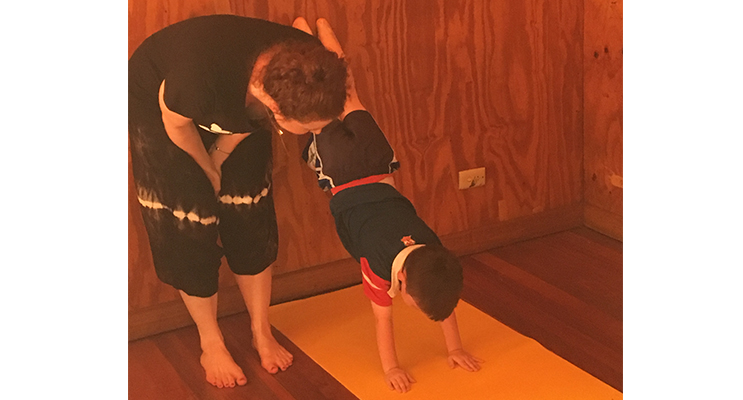