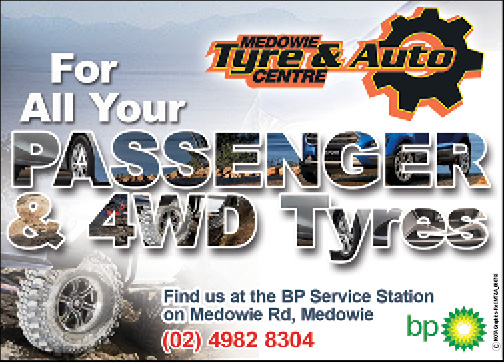 Salt Ash Public School is a community hub in a community which is dealing with issues including the Red Zone.

87 students attend the primary school and all of them will benefit from this wonderful new facility.

The project was funded by the school’s fantastic school Parents and Citizens (P&C) who fundraised for 4 years to turn a dream into a reality.

There were many different activities on the fundraising journey from BBQ’s, and Mothers and Fathers Day stalls, to carnivals, discos, and raffles.

School Principal Holly Deguara said, “There are so many positives and benefits of a small school, however when it comes to raising a substantial amount of money it can be quite tricky.”

The new playground equipment encourages students to participate in fun, creative and safe physical activity, essential for all children’s development, whilst developing gross motor skills, including balance and coordination, risk taking, and it also provides opportunities for team building and social skills.

The committee included representatives from the P&C, Salt Ash Public School staff and two students from each class who brought with them ideas from class brainstorming sessions. The official playground opening was attended by the Director, Educational leadership Mr Dana Fuller and representatives from major donors.

“The School Captains chaired the official opening and students from each class shared their favourite parts of the playground.

“These included the double slide, monkey bars and the curly whirly pole,” she said.

President of the P&C, Mrs Julie Peters told News Of The Area, “The P&C would like to thank The Department of Defence, Salamander Bay Recycling Centre and BP Salt Ash for their donations & community support.

“The P&C would also like to thank all of the volunteers past and present whom over the past 4 years that have helped to raise over $10000 towards the $65000 playground.

“Our dream to have a playground has finally became a reality,” she said.

One thing is certain the students at Salt Ash Public School have plenty of energy and they now have a wonderful playground to expend it in.