The license of the Plough Inn Hotel at Bulahdelah has been suspended, temporarily prohibiting the sale of liquor and conducting gaming services on site. 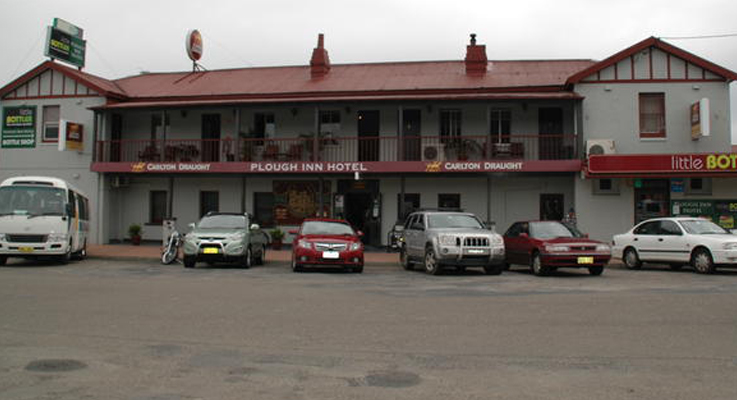 A spokesperson for the Independent Liquor and Gaming Authority (ILGA) informed News Of The Area this action was taken as the premises did not currently meet licencing requirements.

“The NSW Police Force has advised the Authority that the current licensee left the premises in early February 2016,” the ILGA spokesperson said.

“The Authority has not received an application to transfer the liquor licence to another party, including the business/premises owner.”

Manager of the Plough Inn Hotel Alan Davies spoke to News Of The Area and said he was expecting the hotel would return to normal service within the next few days.

“The new license was to be granted, the licence number was to be transferred when the paperwork was done, but the dates were off by two days,” Mr Davies said.

“We have not closed, we are just not selling alcohol.”

Mr Davies said there have been no breaches of the license and that the paperwork has now been fixed up.

It is expected the Pub should have the license back within a few days.

“The licence will now be held by the company and not by an individual,” Mr Davies said.

“The premises have been kept open for staff to remain employed, we had the option to close it to carry out maintenance work but as our staff are casual we decided to keep it open to keep them employed.”

“We’re still trading with the bistro catering for the local community and tourists.”

The ILGA spokesperson said the suspension was only in place until the Authority approved the transfer of the licence.