All too often the everyday, routine schedule can lead to a kind of complacency.

Unfortunately, at times, it takes a serious incident to bring a sense of appreciation and grounding back into life.

For one local Medowie family, this experience recently became all too real. Wayne Ralphs is a Fly In, Fly Out general services operator at Devil Creek Gas Plant, near Karratha in Western Australia.

Husband and father of three, Ralphs, began 25 May, in the same way he often does, hitting the mountain bike trails that surround the area.

This one particular day, things didn’t end the way they usually do.

In fact, for Ralphs, they almost ended altogether.

A seemingly innocuous fall from his bike resulted in him almost losing his life.

As Ralphs fell, his leg was impaled by the inch-thick handlebar, causing damage to the femoral artery, resulting in serious blood loss.

Doctors have told Mr Ralphs that had the wound occurred a few millimetres along, paramedics would have most likely found him dead at the scene.

At first Ralphs didn’t notice he was seriously injured, until he noticed a large pool of blood on his cycle pants.

It was at this point his first aid training, and experience as part of the Emergency Response Team at the gas plant, kicked in.

Ralphs said, “I knew I needed to keep compression on the wound, but that I needed to get somewhere I could be found.

“I was on my own, so I knew no one would know where to find me.” 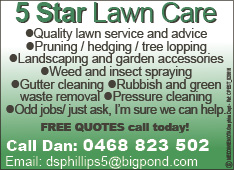 Remaining calm, he called Triple Zero and began making his way 1.5km to the nearest access point for an ambulance to collect him.

Nearing the road, and having dragged his bike with him to lean on, Ralphs experienced a severe shock reaction.

Struggling to breathe and covered in sweat and blood, Ralphs contemplated that he may not actually make it.

Despite the ambulance originally travelling past, having not seen him, he was finally recovered and taken to John Hunter Hospital.

Although not deterred from riding in the future, Mr Ralphs has declared he will not ride alone again.

He also credits his first aid training to saving his life. 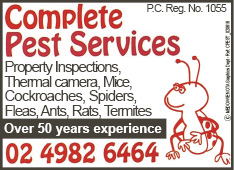