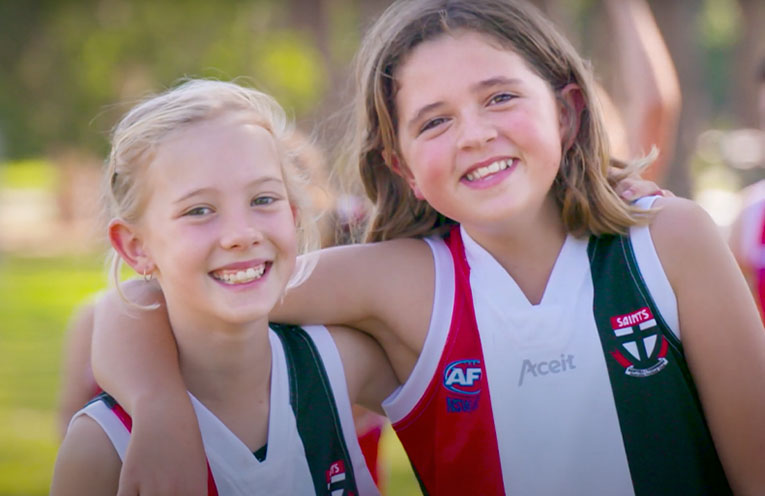 WITH female football going from strength to strength in 2021, AFL North Coast is introducing a Youth Girls Under 14 age group in 2022 to accommodate growing demand for this second age group.

The Youth Girls under 14 age group will be added to the existing Youth Girls Under 17 competition, which will help strengthen the pathway for female players from Auskick to Under 17s through to the women’s competition.

To help clubs recruit additional players for this second age group, the AFL Game Development team will be running a series of female only Come & Try sessions in conjunction with the clubs.

The sessions will be run by female AFL NSW/ACT Development Officers together with female club representatives and will include skill development as well as game play.

These sessions are open to all girls aged 16 and under, with those who fall outside the ages of the Youth Girls Under 14 competition to be directed to alternatives.

Sessions will be held for the Sawtell/Toormina Saints on Tuesday, 7 December at 4.45pm at Richardson Park, and for the Coffs Harbour Breakers on Wednesday, 8 December at 4.30pm at Jetty Oval.

Northern NSW Development Lead, Matt Crawley, said the response to female footy in the region had been overwhelming.

“Girls are flocking to footy across the region, many want to play in girls only competitions, which is completely understandable, so we know that starting this Under 14 age group will see the next wave of new participants into the sport,” he said.

“At the elite level, the AFLW competition will get underway in January and, with a significant proportion of matches being broadcast on free to air TV, we know that this will help generate more interest.

“Local girls will see the athleticism of the elite players and will realise that their existing skill set from other sports will be readily transferable to footy.

“Add to that the chance to be involved in a sport that requires more physical contact and the girls will be hooked.”

For more information about the Come and Try sessions, contact Matt Crawley at [email protected].