GLOUCESTER High School made the trip to the Jack Ireland Sports ground this year, where Bulahdelah put on a splendid show of weather for the Annual Chris Hoare Cup. 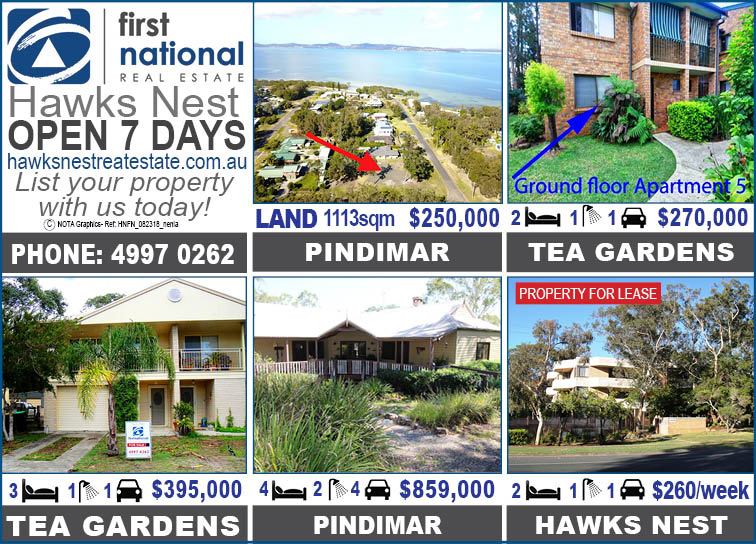 After the event was postponed due to weeks of rain, with the sports ground sodden at the end of last Term.

This alternate date provided a dry ground and a great day for participants and community spectators.

For Bulahdelah Central High, the SRC (Student Representative Council) and the MC (Multi Category) class, led by the very capable Nicole Depater at the BBQ hot plate, worked well together to provide sausage sandwiches, and cold drinks to the flanks of sports people and supporters.

The day kicked off in Bulahdelah’s favour with our Under 15 Girls Soccer team securing a dream result against their fierce counterparts. This Bulahdelah team has strengthened over the years with many of the players playing in the town soccer competition.

Raylee Kierens was on the attack, scoring the second goal. Gloucester did not stand a chance with Emma-Rose Carruthers as the stopper, creating a brick wall you could not get past.

With Amber scoring a third goal, we arrived at the final end result of 3-1 to Bulahdelah.

Regrettably, Bulahdelah were not so lucky in the boy’s soccer this year, Gloucester simply proved to be too strong.

However, it is important to mention memorable performances by Bailey Middleton who lead the attack and the good job done by our goal keeper Josh Little who did pull off some spectacular saves.

Unfortunately, our Girls Touch Football team were no match for the highly polished Gloucester Open Girls team. The Gloucester team outshone us, but it was clear their team had been playing together for many years.

However, our girls were heroic in their attempts and displayed solid sportsmanship qualities in the wake of defeat. This can be said of all our Bulahdelah School students.

The players were gracious in their victories and defeats, both on and off the field. Even though we had injuries inflicted on our players and some results that did not go our way, it was the display of sincere sportsmanship from our Bulahdelah students that was the most noticeable and commendable on the day.
We started the day well with an outstanding performance from our highly polished, well-oiled, try scoring, and Under 14s Rugby League team. Even though the Gloucester boys proved to be hard hitters, they simply could not even get a single point on the board. The team worked extremely well together, with many of the players, Tommy Keen, Khye Brown and Tyson Haenschke scoring tries. Zachary Watt scored two tries for us, with the remaining of the ten tries in total being scored by Angus Devon and Billy Watt, who played exceptionally.

Our Open Boys Rugby League team unfortunately proved unsuccessful against the Gloucester boys from the bush.

The Gloucester team was mainly made up of senior students, contrary to our slightly more junior based side. Our team was spirited, tough and committed, with many playing with niggling injuries, but simply could not rattle Gloucester’s strong defense.

The Chris Hoare Cup trophy itself was presented graciously by Jenny and Steve Hoare, to Gloucester with the most wins from various events on the day.

A special and most honourable mention, of our very own John Barry (General Assistant) and a friend of BCS and member of the Tea Gardens Hawks Rugby League Club, Neil Reynolds the day would not have run without their unexpected involvement.

Both these great blokes had the opportunity to display their inexhaustible sporting prowess when they rose to the occasion, replacing our referee, who had to pull out at the last minute. The men were energetic, fair and spoke highly of the students ‘sportsmanship’ that they witnessed firsthand on the field.

Thank you John Barry for your assistance on the field. Thank you so very much Neil Reynolds for his hard work on the field. This is also extended to the other members of the Hawks Rugby League Club who supported our players by attending urgently to injuries inflicted on the field.