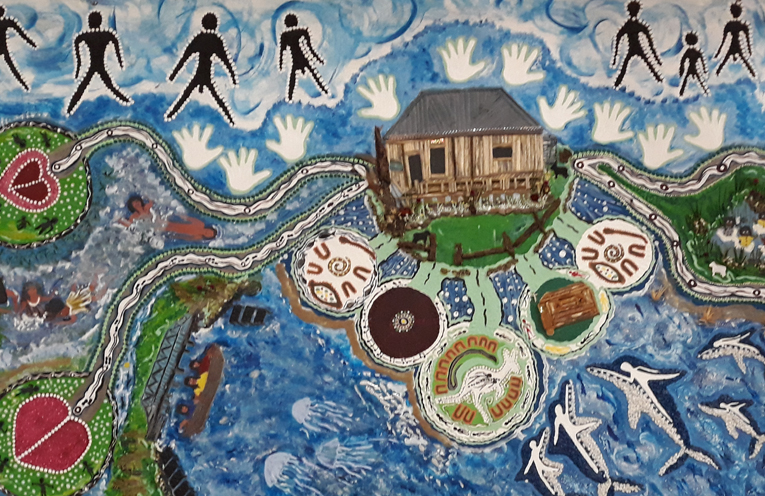 AUNTY Margo is a Worimi Elder, born in Newcastle and raised on the Karuah Mission. 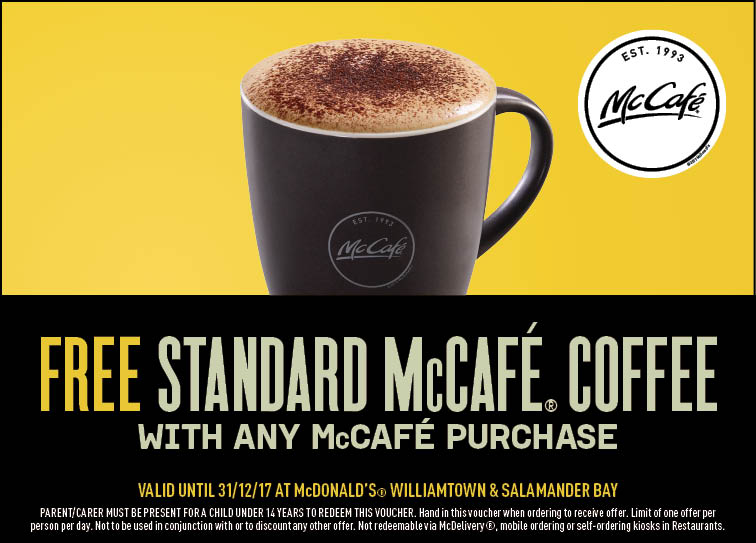 Aunty Margo’s family was part of the Stolen Generation.

The project provided an opportunity for Aunty Margo to paint and tell her story of growing up and being part of the ‘Stolen Generation’.

Aunty Margo completed a large mural and wrote a poem “My Journey” telling her story, which she gave to the school to display in the school hall.

Aunty Margo’s painting tells many stories of her life, and also includes areas where she grew up that are very special to her in the Port Stephens area, but most importantly how her and her family were impacted by the ‘Stolen Generation’.

In November 2015, Aunty Margo commemorated the 60th anniversary of her siblings returning home, by inviting IPS and Hunter River High School Communities to be part of this journey.

Since then Aunty Margo has worked and volunteered at IPS and Thou-Walla, supporting children with their Identity, sharing her culture and raising awareness of the Stolen Generation.

Aunty Margo has shared her poem with numerous people, from principals, teachers, service providers, at school assemblies and health organisations to give an insight into her life.

In partnership with Blackchilli Productions and through a local Aboriginal Council Grant, Aunty Margo has had her poem turned into an animated short film that she is hoping to share with the wider community and for generations to come.

Principal of Irrawang Public School, Stacy Mathieson told News Of The Area, “As a school community, we feel blessed to have Aunty Margo here.”

“By sharing her story, she is raising awareness of her culture, of her journey as part of the Stolen Generation and her healing process.”

“Her story is empowering to our children and families and demonstrates how we can move forward together,” she said.

On Thursday 22 February at 12:30, Irrawang Public School and Thou-Walla will be acknowledging her story and the great knowledge she has passed on to our community, as part of a commemorative event marking the 10th year anniversary of Kevin Rudd’s Apology to the Stolen Generation.

All family and community members are welcome to attend and you can RSVP for catering purposes on 49874666.

MY JOURNEY
By Margaret Beaven

Your hearts were broken
The day the welfare came.
Things would never be the same.

You suffered in silence, never speaking a word.
Hearing you cry, that’s what I heard
Never thought this day would come
When I’d find my family, one by one.

Jenny was the first to come home
The big car pulled up! Jenny stepped out
What are they looking at?
She started to cry with tears in her eyes
The last time she was home, she was only five
Jenny had a daughter later in life
Tammy is her name, the love of her life.

My journey started in 85
When my brother didn’t know if we were dead or alive
How excited we were, the first time we met
As he passed his birth certificate
“Here”, he said, with a big smile
“That’s who I am, I’ve been gone a while”
Strapping horses, all year round
The most he was proud of was Kingston Town.

I remember seeing sista Jen
At a picnic day
Standing behind a pylon
Looking my way
We would look at each other, and would smile
Because we hadn’t seen each other in a while.

Sister Bet, she came next
What a cruel family they were to her
They would lock her out in the pouring rain
Thank god Crissy came
“Come with me, we’ll take care of you”
“Because we know what you’re going through”
It wasn’t until Link –Up gave her a call
She knew she had a family after all.

We met for the first time at midnight
When she sat on the floor and held my leg tight
I’ll never let you go, she said to me
They should have been charged with cruelty
Home she came to stay, until the day she sadly passed away.

Cindy from Link- Up rang
“I’ve come across your file and I noticed it’s been sitting here a while”
“This is your only sista left”
“Leave it with me and I’ll do my best”.

I wish my sisters were here that day
When Link-Up rang to say
“I found your sister, living not far away”.

My heart started beating fast, I didn’t know what to say
Is this really true? Is this really you?
Well, the rest is history and here we are today
Telling our story of being taken away