Police from the Port Stephens Local Area Command have arrested and charged a man with numerous offences following the discovery of a clandestine laboratory in Nelson Bay last week.

At the property, police located numerous chemicals and items of equipment associated with the manufacture of prohibited drugs, including: 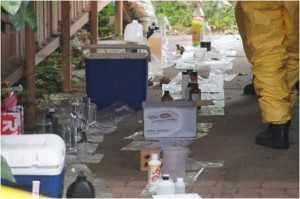 – 900mls of an amber liquid, which will undergo testing to determine whether it is methylamphetamine oil;

– Pre-cursor chemicals, some of which were stored in feeding bottles for infants; and,

Officers also seized a number of items associated with the Bandidos outlaw motorcycle gang (OMCG), including clothing and patches. 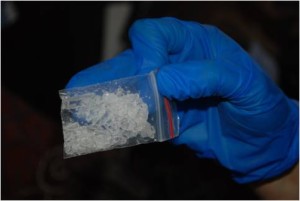 (Tuesday 25 November 2014). He was charged with numerous offences relating to the possession of prohibited drugs, precursor chemicals and drug making apparatus, as well as exposing a child to drug manufacturing.

He was also charged with a number of offences relating to alleged incidents of domestic violence.

Refused bail, he appeared in Raymond Terrace Local Court, where he was again refused bail to next appear in Newcastle Local Court on 3 December 2014. 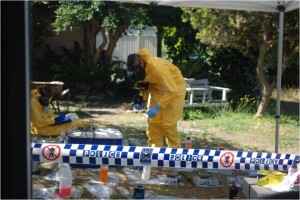 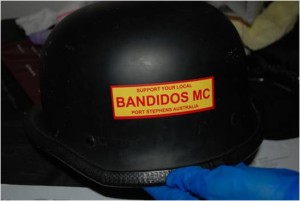