THE Beachstone Action Group (BAG) represents members of the North Sapphire Beach community opposed to the proposed redevelopment of the Beachstone café into a child care centre. 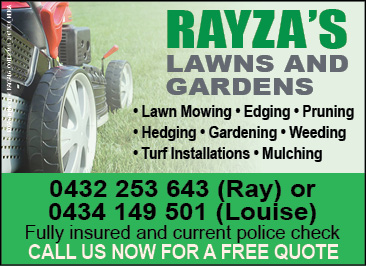 The group invited State Member for Coffs Harbour, Mr Gurmesh Singh, to a public meeting in the park adjoining the café on Saturday 8 August to answer questions regarding the redevelopment and other concerns held by residents.

Organisers live streamed the session to residents to comply with current restrictions on public gatherings.

BAG convenor Alex Miller introduced Mr Singh and outlined the groups purpose in holding the meeting, pointing out the popularity of the café and park which were both very busy.

Mr Singh revealed the Coffs Harbour City Council had received more than 325 individual submissions against the proposal, meaning the Development Application would need to go before the Counsellors in session.

“The question of whether the café owner has the right to make this change is a complex legal issue and I am seeking advice from contract law specialists on behalf of the community,” he said.

Mr Singh advised that changes to State Environmental Planning Policies could take a year or two to process, and that changes are unlikely to be made for individual applications.

In reply to a number of questions relating to the Council’s role in processing the development application, Mr Singh said he was in communication with Council on this and other matters, and that the high number of submissions had been acknowledged.

Mr Singh advised that the best way to connect with the Council was by residents writing their own letters to each of the councillors themselves, and to do so before the development application goes before Council, which would probably happen in September.