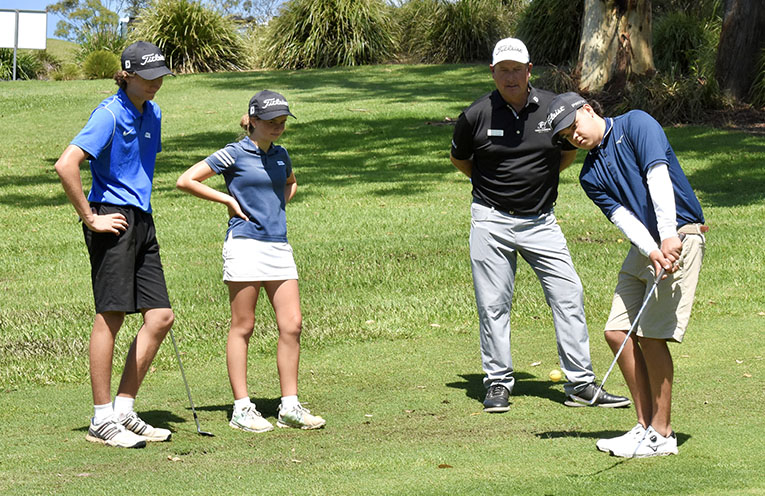 THE best young golfing talent on the coast became acquainted with the Coffs Harbour Golf Club recently as they took their first steps towards becoming a professional.

The Coffs Harbour Golf Club’s head professional Matt Allan is the coach of the program and he admits he’s thrilled with how good this group of youngsters can be.

“We are quite excited to work with them.”

The first weekend long session under Allan’s watchful eye included completing the National Skills Test which is an assessment of both the players’ long and short games.

“The weekend helped to assess where their game is at to start with and assess their basic fundamentals,” the coach said.

“From there the aim is to give them the tools to improve to a state level if not a national level.”

The group is set to return to Coffs Harbour in February when the club will be hosting the Geoff King Motors North Coast Open.

Allan said being able to see professional golfers up close will be a tremendous benefit to the young golfers.

“We’ll actually get some pros in to have a chat with them,” he said.

“The kids will also get a chance to caddy for them.

“That will be a pretty awesome experience for them.

“It was something we never got to enjoy so I’m a bit jealous of what the kids will be able to learn at such a young age.”