BIANCA Mason was named the 2017 Myall Lakes Young Sports Person of the Year at a formal ceremony recently held in Forster. 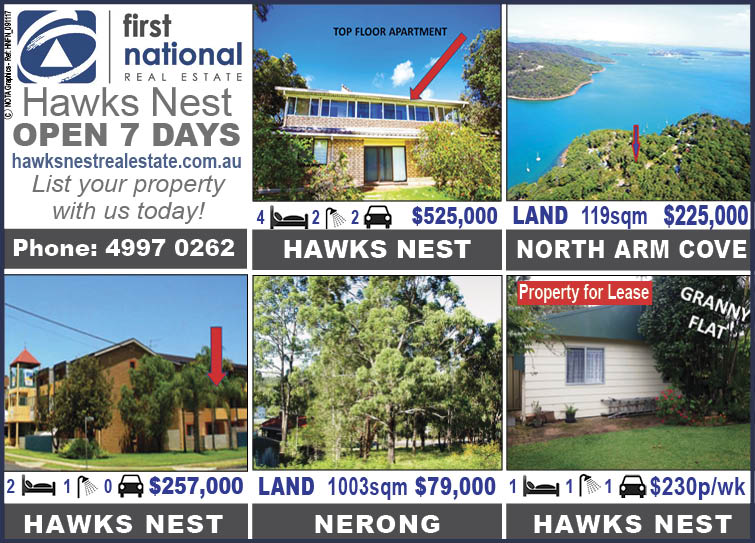 “I was honoured to have received the award from the Premier, it is humbling to be recognised at this level,” Bianca told News Of The Area.

“I didn’t expect to win, it was a bit of a shock because the other finalists have also achieved a lot.”

Bianca’s brother Brendan was also amongst the eight finalists recognised in the young sports person category.

Pamela Muxlow was named Myall Lakes Citizen of the Year in recognition of more than 35 years’ of service to the Tinonee Red Cross.

Young Person of the Year went to Quinn Patch with Bulahdelah teens Liam Garemyn and Madison Hurtado honoured as finalists.

Mr Bromhead told News Of The Area the annual awards recognise and celebrate the achievements of individuals, community groups and volunteers across the Myall Lakes region.

“The quality of the nominees was absolutely phenomenal, there were people with 60 years worth of volunteering for numerous organisations and some very talented young people,” he said.

“It was a fantastic opportunity to recognise people who do great things in our community.”

The Sports Person of the Year went to Rex Johnston OAM who represented Australia in lawn bowls at four consecutive Commonwealth Games.
Beryl Ede was named the Senior Person of the Year in recognition of her work with students at Coolongolook Public School.

“Our communities wouldn’t be as rich and vibrant as what they are if it wasn’t for volunteers,” Mr Bromhead said.

Premier Berejiklian attended the award ceremony during her two-day visit to the Myall Lakes electorate.