THE importance of working together was the message conveyed by Mayor David West at MidCoast Council’s Community Update meeting held at Bulahdelah last week. 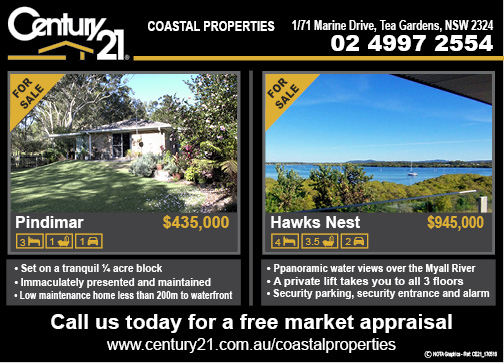 With standing room only at the School of Arts Hall, Mayor West said the turnout was “by far the biggest” of the update sessions held across the region so far.

“When things are running smoothly we only get a few people to these sessions,” Councillor Len Roberts said.

“When this many people come out, you know there are issues to be addressed.”

The meeting was led by MidCoast Director of Engineering and Infrastructure Ron Hartley who said the most “robust discussions” centred on issues raised by the community, particularly the Stroud and Lee Street roadworks.

“It is apparent that one of the biggest issues is the lack of communication and the void of information on what Council is doing to bring the project to fruition,” he said.

“It has been a difficult project in terms of getting information from the contractor and the limited options available to Council without causing the project to proceed to litigation and resulting in further delays.”

Acting quickly on the community feedback, Ron said Council now have a procedure in place to provide regular updates to residents.

“I am proposing the distribution of a regular email to keep residents informed,” Ron stated in an email to community members last Friday.

“This will be prepared on approximately a fortnightly basis by Stuart Small, the Team Leader responsible for the project managers involved in Council’s contracts.”

Other issues raised by the community included the Service Centre proposal, which will be discussed at Council’s Strategic Committee meeting on 13 June, condition of roads, river water quality, flooding and rate harmonisation.

Following the meeting, the feedback from residents has been positive, with many stating it was very productive.

“We are leading an amalgamated Council, and we need to work together to make it the best Council there is,” he said.