PEOPLE travelled from near and far to hear two stalwarts of the Australian Labor Party (ALP) speak at a fundraiser for sitting MP, Ms Kate Washington on Friday evening. 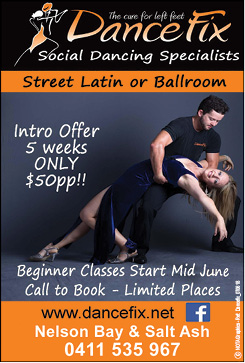 Speaking at the event were Mr Bob Martin, the first Member of Parliament for the then-newly created State seat of Port Stephens.

Representing the community from the seat’s inception in 1988 until 1999, Mr Martin reminisced about his time in politics, paying particular attention to the electoral debacle that took place 49 days after he was declared the winner.

Those with long memories will recall Mr Martin’s election victory being taken to the Court of Disputed Returns.

His win, by approximately 90 votes, was disputed due to claims of electoral bribery, a charge that the Court upheld and a by-election was called.

Mr Martin, in what must have been a political slap in the face to his opponents, then won the second election with a 13% margin.

The recollections from the time was met with much applause by the audience.

Ms Washington said, “Beyond Bob’s career as an elected official, he ministers to the entire community.”

“Bob’s legacy to the community is enduring.”

Living up to his reputation of knowing his history well, Mr Carr recalled his time in office and his interactions with various political leaders.

Speaking about the recent Pauline Hanson interview which saw her break down in tears during a Sky News interview on Thursday evening, Mr Carr recalled how Ms Hanson first came to be elected.

“Instead of rebuking her, he said she had a right to be heard, but was she was saying was utterly detestable.”

“NSW at the time had a population of 25% born overseas.”

Mr Carr went on to pay tribute to Mr Martin’s contribution to NSW governance, praising his willingness to work hard for his constituents.