FAMILY, friends and writing colleagues were out in force to support Bundabah writer, Greg Mutton, launch his first book, Reunion, at the Tea Gardens Hotel on Sunday, 8 September. 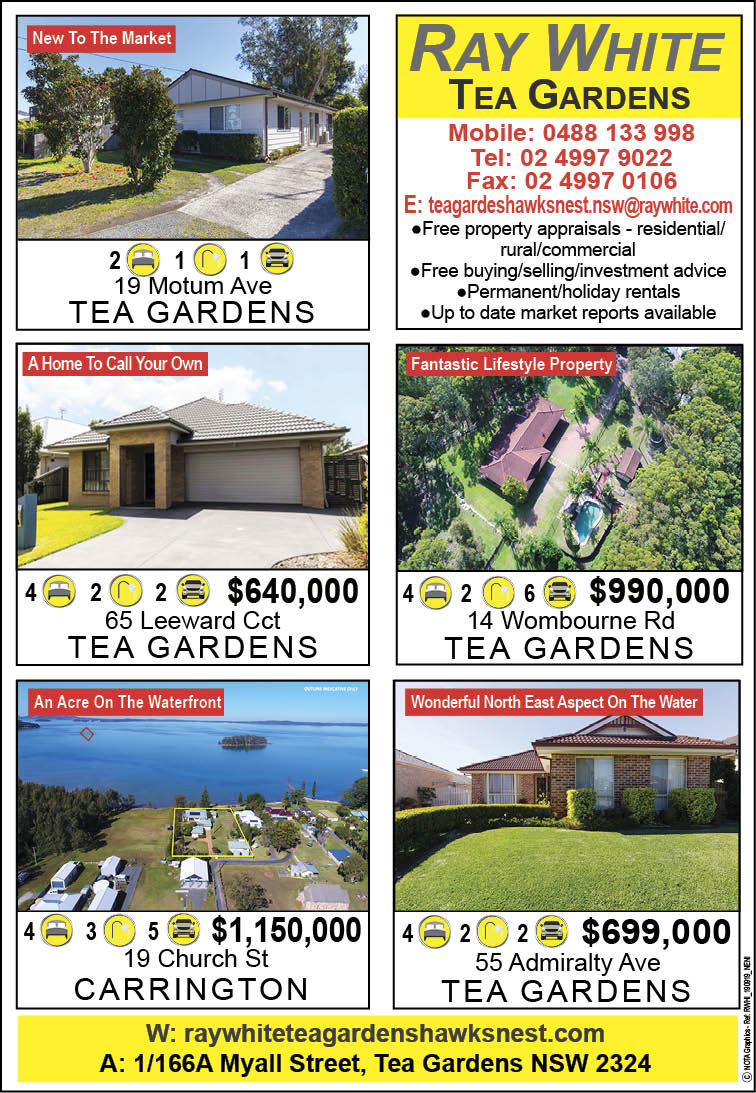 “Writing is a solitary task,” Greg, a member of the North Arm Cove branch of the Fellowship of Australian Writers NSW Inc told guests, “but I have received great help from my fellow writers, especially Olly Griffin, Gail Rust and my wife, Debbie.”

Debbie told guests that she was proud of Greg’s writing achievement and enjoys being part of the process and further informed guests that after surviving bowel cancer in 2012, Greg was forced to retire a few years later due to complications after failed eye surgery and that is when he started writing in earnest four years ago.

Reunion is the first in the trilogy Chronicle of the 12th Realm and the story centres on the Abraham family and a feud between brothers, Aaron and Jeff.

After a thirty-year estrangement from his family, Aaron is invited to a reunion and leaves his home on Argos for the trip to Earth with his new first officer, Petra.

A strange encounter, an unprovoked attack and an explosion in hyperspace turn their routine trip into a nightmare.
Filled with action, drama and love, Reunion is an exciting inter-dimensional adventure.

Since starting to write seriously, Greg has completed all three books in this trilogy, a prequel and two stand-along novels with the second book in the trilogy, Sedition Rising, due to be released in the next couple of months.

“I am glad that people keep writing books so that I can read them,” Michelle said.

“I commend the book to everyone as it is well written, exciting and a page turning novel.”

Michelle concluded by saying that she couldn’t wait for the second book to be released.

Reunion is available from Amazon, Tea Gardens Post Office and Hawks Nest Newsagency and may also be purchased at the Myall River Festival, 26 October 2019.