A 12-year-old boy injured in a Rugby League game at Hawks Nest was released from hospital following a medical assessment. 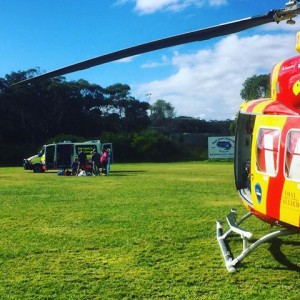 The injury occurred at Myall Park Oval during an inter-schools match between Tea Gardens and Taree West Public Schools on Wednesday 1 June.

Paramedics were called at about 12:00pm after the Tea Gardens School student was hurt in a tackle, sustaining a suspected neck injury.

He was stabilised by paramedics at the scene before the Westpac Rescue Helicopter arrived.

The boy was then treated by the doctor and paramedic on board before being flown to John Hunter Hospital in a stable condition.

The boy was released after the medical assessment.

The Rugby match was part of the PSSA Rugby League Knockout Competition.