Many Bulahdelah locals have flocked to the Bulahdelah Bowling Club over the last year to hear some talented locals belt out popular rock tunes. 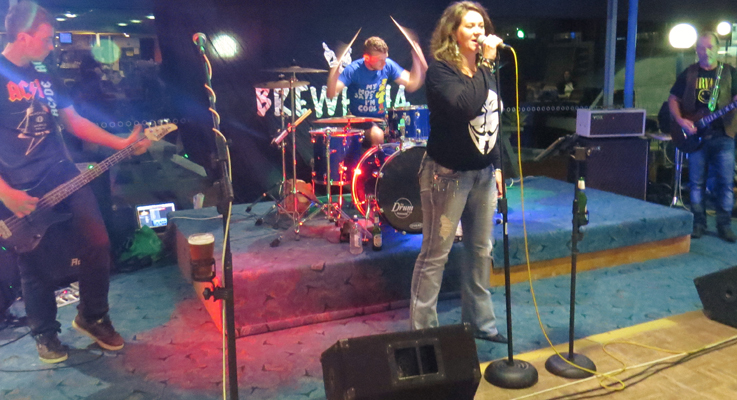 The band began jamming in December 2013 when Brett and Alex approached the younger members Dylan and Trent and realised their talent and liked the way they played.

Brewhaha, since then, have built up a committed fan base of Bulahdelah residents who made the effort to turn up at their gigs, advertise their events and take photographs on the night.

Alex said, “It is like we have been adopted by Bulahdelah.”

Myall Coast News also spoke to Alex about the situation of live music in the Bulahdelah area.

“Community members need to push for local venues to support live music and the venues should do advertising in the local area to drum up the event.”

Many venues in the Newcastle area are only booked through agents so the band have appreciated the opportunity that Bulahdelah, Tea Gardens and Hawks Nest venues have given them to play live, here in the Myall area.

The band Brewhaha has now called it a day as two of its members are moving interstate.

All the members will continue to play music in some capacity though. 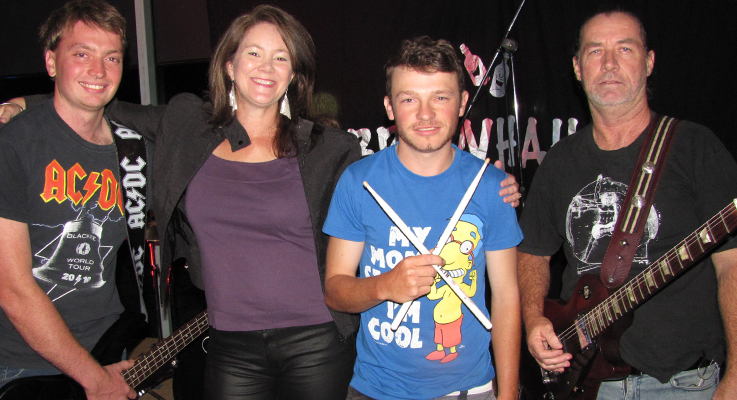