The recent ICAC investigation into developers’ donations to the NSW Liberal Party uncovered notoriety over the purchase of Rex Newell’s painting of ‘Perrin’s Boat Shed’. 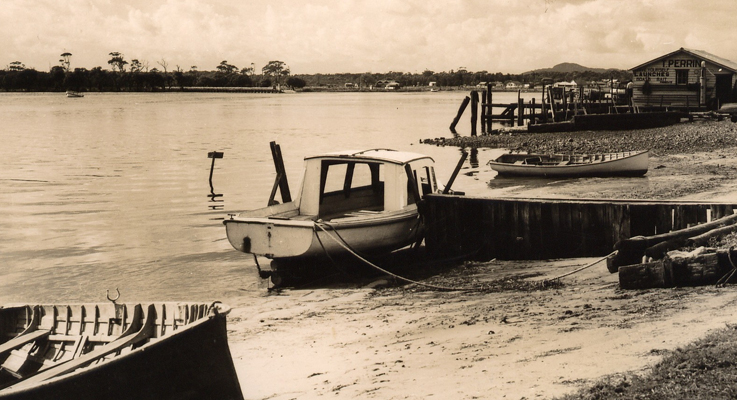 With reference to Newell’s well-publicised painting, I am enquiring as to the origin/history of the half-cabin launch located in the centre of the artwork.

D.W. Ripley, the Tea Gardens real estate agent, owned The Rip, as the boat was known, between late 1945 and the early 1950s.

During this time, the craft was used primarily to deliver mail to the river folk living between Tea Gardens and Tamboi, which was situated at the mouth of Broadwater Lake.

Driven by a five-horsepower Chapman engine, its other uses included launch racing on the Tea Gardens riverfront at carnival time and the Mungo Brush regattas, and various pleasure-boat activities.

The Rip was also used for excursions as photographed by the Newcastle Morning Herald and Miners’ Advocate whilst attending the Nelson Bay New Year’s Day of 1950.

Any additional information regarding The Rip would be appreciated. By Bruce RIPLEY