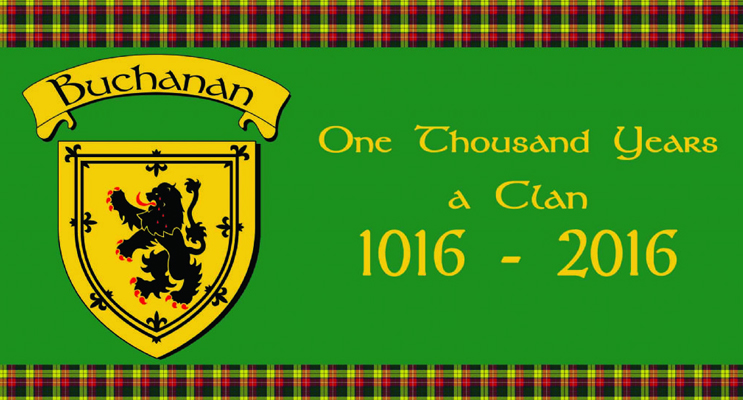 THE recent gathering of the Clans at Nelson Bay saw Major Stephen Buchanan carry the Chieftain’s Sword for the Day.

The sword is presented to the incoming Chieftain whose name will subsequently be engraved on the sword.

Major Buchanan said, “This gathering is an opportunity to explore, discover, talk about and celebrate our heritage.”

“As I was a Buchanan before marriage, we felt it prudent to check our family heritage to make sure we were not close relatives,” said Carolyn Buchanan.

Famous for making Scottish tablet, Mrs Buchanan likes to share with all of the other clans and vendors at clan gatherings.

“I feel it creates a community feeling and it’s a great way to get to know other clans,” she said.

When asked about the recipe, Mrs Buchanan said, “It’s an old Scottish recipe.”

People travel from across Australia to attend the gatherings, all wearing their tartans with pride.

“If you are going to do something, you have to go the whole hog,” Jo Baxter, Buchanan Clan said.

The activities and demonstrations were exhilarating, Celtic and Highland dancers, Celtic choir, Scottish and Celtic bands, caber toss, tug of war to name a few.

Some history on the Buchanan Clan taken from theclanbuchanan.com

The Chief of the Buchanan Clan, and many Clansmen, died at the Battle of Flodden in 1513, when King James IV was killed.

George Buchanan, the famous Latin scholar, humanist, reformer and tutor to Mary Queen of Scots was born near Kilearn in 1506.

The succession from Anselan was uninterrupted to John Buchanan, the 22nd Laird who died in 1681.

Along with his death the Title “of that Ilk” expired and since then the Chiefship has been dormant.

Ten years after the Jacobite Rebellion in 1715 the Buchanan Society was formed and it remains the oldest such society in Scotland.