USE the last weekend of the school holidays to try somewhere new. 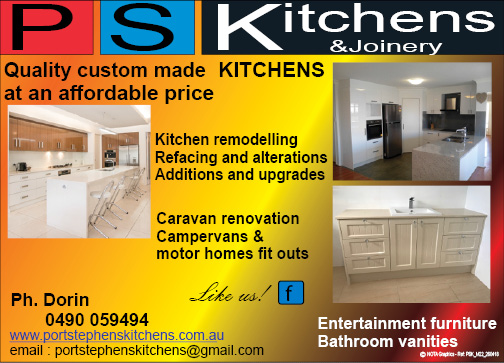 If you haven’t been to picturesque Bulahdelah, give it a go this weekend.

Bulahdelah Bowling Club are great supporters of live Music on the local scene, and this weekend is no different.

‘Bernie’ will take the stage on Friday 27 April from 7:30pm, and his show is guaranteed to make it worth your while.

Bernie has been playing guitar from the early age of nine years old, when he started off with lessons in Sydney for a period of six years.

Bernie then moved to the Central West and had seven years of Guitar lessons with “Leo Dekroo”.

Leo and his brother Doug (known as The Dekroo Brothers) being famous for a hit single in the 1960s titled ‘And Her Name Is Scarlet’.

While having lessons with Leo, Bernie started playing with other Guitarists and playing in various bands and duo’s.

In 1985, he started up singing lessons for four years and studied grade three and four AMEB Certificate formal exams in vocal.

Bernie moved to Newcastle in 2002 and spent six months programming backing tracks in his home studio, and then ventured out into the Pubs and Clubs performing.

Professionalism is a key ingredient to Bernies solo shows, and he is proud of his ability to engage the crowd, and provides exceptional sound for his performance.

Bernie listens to the crowd, and takes their requests on board where possible.

He plays a variety of music, with everything from Greenday, The Eagles and AC/DC through to Foo Fighters, Ben Harper and Bruno Mars on his repertoire list.

Head on down to Bulahdelah Bowling Club this weekend and enjoy a night out.