DURING Term 2 Bulahdelah Central School (BCS) competed in the Manning Futsal Tournament and qualified for the NNSW State Champion of Champions. 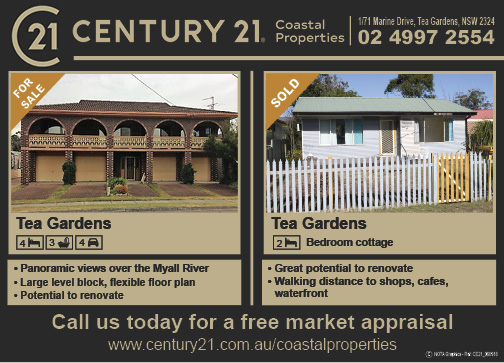 The team recently travelled to Port Macquarie for 2 days of competition.

With enthusiasm at a high the Under 16 boys were set to play against old rivals, St Clare’s High School. They played extremely well and were up 2-1 at half time. However, a few mistakes made allowed St Clare’s to finish the game 3-3. Bellingen High School were their next opponents and a few early goals against BCS set the pace against a difficult and determined team, BCS defeated 3-0.

The third and final game was a must-win match against Bishop Druitt College to see the boys progress to nationals in Brisbane in November. Hunter and Beau’s aggressive, coordinated attacks had BCS up 2-0 inside the first 3 minutes of the match. However, inconsistency had let the team down as the final score finished 5-3 against BCS.

The boys were disappointed, but held their heads high knowing the achieved something special to make it that far.

Due to some late injuries, the Under 19’s side had some of the younger players compete.

Game 1 against Heritage Christian College saw the boys behind from the start. Their ‘never give up’ attitude saw them fight back to draw twice against a very hard team, but finally going down 3-2. During game 2 we played a harder, faster and older team from Camden Haven High School and sadly went down 7-0.

There was a large break until the next game, realising they had to come up with a win the team gathered with Mr Kinnear to train and nut out some set pieces.

This obviously paid off because during the first 2 minutes of game 3 against Hastings Secondary College, BCS were winning 2-0. This was due to some desperate diving from Hunter and another goal from Beau off the crossbar after Lachlan shot at a shivering Hastings defense from point blank range.

The team knew that the final round game of the day was going to be another ‘do or die’ game. The boys were confident going up against the hardest team in the competition knowing their ability to make nationals would come down to goal difference.

At half time BCS were only down 1-0. Goalkeeper, Saxon, made some of the best saves ever seen at school level.
His reflexes and fearless defends kept us in the game.

It appeared fitness got the best of the Bulahdelah School in the end as they went down 5-1 and missed out on nationals by only 3 goals.