Myall Coast News was notified by members of the Bulahdelah community that on Friday 23 October the cricket nets at the Jack Ireland Sports Complex were pulled down by Council. 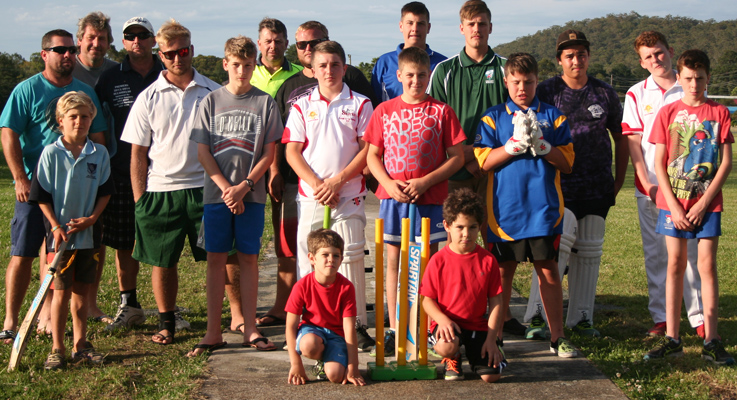 This came as a shock to the parents of cricket players and the coaches of the Bulahdelah Milo Cricket Team who use these nets regularly for cricket practice.

Dave Saul, an executive member of  Bulahdelah Chamber of Commerce, explained that the issue of the cricket nets had been brought up a number of times by members of the community due to the state of repair needed.

“Council had been approached up to three times about the issue of fixing the cricket nets and an official letter was about to be written but without any consultation the nets were pulled down.

“We request that the cricket nets be re-instated as soon as possible,” stated Dave.

Andrew Staniland, the Manager of Parks and Recreation, from the Great Lakes Council spoke extensively about the issue.

Myall Coast News asked the question, when was the decision made by council to pull down the cricket nets and what was the reasoning behind it and what consultation took place?

“Council undertakes regular asset checks on all of its structures.

“During the most recent inspection, the cricket nets were deemed a safety hazard.

“Several components of the structure and the surface were in a condition that could result in an injury and as such the structure was deemed unsafe and removed.

“When possible Council consults with our community but where a safety issue is paramount, it will be attended to as soon as possible.

“We are aware that the Milo Cricket team has commenced in the area, however we believe they utilise portable equipment to train smaller children in cricket and the nature of the activity does involve the use of hard surfaces (for safety reasons).”

In response to the question about new cricket nets being installed and a pitch maintained to meet the demands of the summer 2015-2016 cricket season and the future of funding for sports facilities in Bulahdelah, Andrew Staniland stated the following:

“We will be happy to talk to any Bulahdelah sporting club about their needs and we will assist them wherever possible to access sporting grants to improve their facilities where needed.

“We invite any new clubs to immediately contact us to discuss their needs.”

“Council’s funding for recreational facilities is spread around the Great Lakes area and we work with feedback received from each community to try to provide the facilities most requested by each community.

“The Bulahdelah community has not raised any issues with us regarding sporting facilities to date, however we welcome discussions with any of Bulahdelah’s sporting clubs.”

“The Bulahdelah sporting community have been responding to the Council’s action of pulling down the cricket nets.

Letters, emails and phonecalls to Council and to Stephen Bromhead requesting that cricket nets be re-instated were sent by a number of concerned parents, including  Justine Plummer.

“I have two sons who play cricket and I have been committed to driving them to Karuah and further to play for  their teams but they practice here at the Bulahdelah sports fields so the loss of the cricket nets disadvantages them.”

Brad Allen, father of Tom Allen, who plays state level cricket, explains to Myall Coast News, “My sons have consistently practiced at Bulahdelah every afternoon during the cricket season and it has meant that Tom has advanced to the level he is at today.

The removal of the cricket nets, without giving us a chance to organise how to fix them, has left us at a loss.”