The Milo Bulahdelah Cricket Team got the chance of a lifetime and won the privilege of playing on the SCG recently. 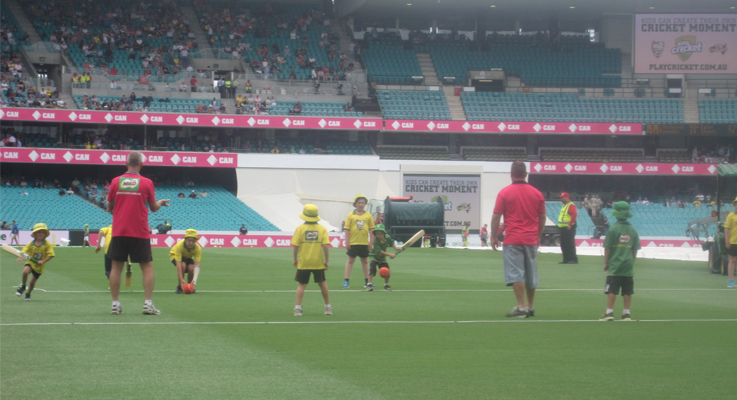 The opportunity to practice their skills at the lunchbreak during a test match was organised by one of the coaches, Erin Matheson.

“We missed out last year but when the next round of applications came up I entered the Bulahdelah Cricket Team and we received a place along with teams from Forster and the surrounding areas,” Erin explained.

Ten children from the team with their parents made the journey down to Sydney for Day 2 of the Third Test between Australia and Sri Lanka on 4 January.

Despite the rain, the Bulahdelah team were able to do a lap around the ground and then got to do some batting and bowling as well.

The families got to have the opportunity to watch professional cricketers but due to the weather only eleven innings were played.

The SCG graciously refunded any tickets bought due to the lack of cricket being played.

The Milo Bulahdelah Cricket Team has only just begun but already are having a great time and learning many skills and having many good experiences.