THE fun, games and economic benefits to the local Bulahdelah area will not end when approimately 1000 CMCA  (Campervan & Motorhome Club of Australia) motorhomes depart their temporary home at Nelson Bay on 13 October. 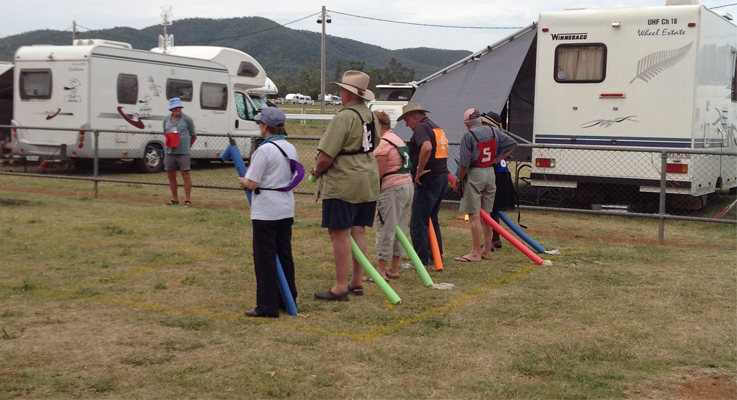 For around 250 of them, the rallying is just the beginning, as the Solo Network prepares for second week of fun and activities at the Bulahdelah Showgrounds from 22 to 29 October.

Solos’ Rallies are traditionally held twice a year, prior to the CMCA rallies, which are cheekily referred to as `grown-ups rallies’, by their Solo counterparts.

This year, however, the high winter rainfall at Bulahdelah made the grounds too soft to accommodate vehicles in the (planned) September timeslot, so the Solos’ Rally was postponed for a month.

The Network was established in 1997.

It provides confidence, encouragement and support so that Solo travellers can continue to enjoy our wonderful nomadic life as CMCA members, even though many have abruptly found themselves facing life without a partner.

Happenings at the rally will include seminars, workshops, craft sessions, disc bowls, sports day, bus trips, concerts, dance lessons, and a ball with the theme `Mountain Heroes’ in recognition of Bulahdelah’s mining and timber getting history.

There will be a ‘Public Open Day’ on Saturday 25 October, including a Poets Breakfast from 9am. 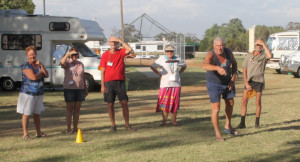 Local residents are welcome to attend and find out more about the Solos lifestyle and vehicles.

Solos members organising the rally have all remarked on the warm hospitality of the Bulahdelah townspeople and their overwhelming willingness to be of assistance with setting up over the past few months.

With this friendliness, it can only be a fantastic time for members as well as the local community.

A RESOUNDING event, after being delayed by inclement weather, 242 motor homes and their owners descended on the township of Bulahdelah during October for the second rally of the year which included an Annual General Meeting.

Nothing but positive reports from these grey nomads on the location, tours and hospitality of the locals.

Support came from various organisations starting with Kerri Simmons from the Great Lakes Council who not only provided contacts but also resources to make the event successful.

Other organisations that helped with the success included Bulahdelah Show Society, Bulahdelah Bowling Club and the Bulahdelah Golf Club.

Management and staff of these organisations made us welcome and were helpful whenever we were in their establishments.

Local businesses assisted us but it would be remiss of our organization if special mention wasn’t given to the IGA Store, Barrys Butchery and the Bulahdelah Bakery for the extra effort they gave us when we would turn up on short notice for additional products.

Both these events had top menus and the staff were most helpful.

No complaints only compliments.

Bulahdelah Showground was a great venue, level ground, plenty of area and plenty of buildings made available for our use.

Without prejudice, the venue and township were excellent for our rally and hopefully in the future we will return.