Lilly May Brown is a sharp shooter and can shoot while dressed up in 1850’s Western style clothing. 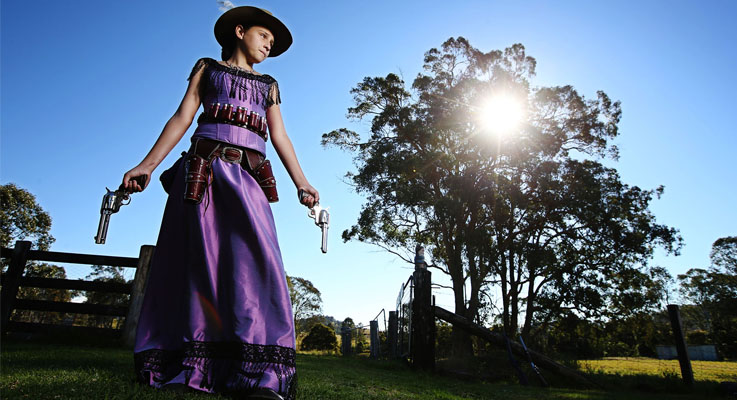 Single Action Shooting is becoming one of the fastest growing sports in Australia and involves being in costume and using Old West firearms.

Lilly is a Year 7 student at Bulahdelah Central School and lives at Bunyah and is fully supported by her parents to get involved with these shooting events.

Lilly May Brown competed in a Queensland State Title held at the Gold Coast on 24 & 25 July.  She was entered in the Buckette category for young people aged 12-14 years.

The competition involved 10 different stages and was judged on time and accuracy.

Lilly did very well in the competition, finishing in the top half of all competitors.

Lilly also competed in an axe throwing competition which involved aiming the axe at a playing card that was stuck onto a wooden board approximately 3-4 m away.

Lilly is now preparing for her next shootout which will be held in Tamworth later this year.

In preparation, she spends most weekends practicing for her events, either dry shooting at home, or at the Gloucester Pistol Club.

Lilly’s father also competes and participated in a shooting competition that had a scenario set up with a house and shots had to be fired through the windows and the doors.

“We go with Lilly to these competitions and as a family we participate in shindigs and enjoy the western theme events,” said Duncan, Lilly’s father.

Lilly said, “I really like the dressing up side of the competition. It is fun doing the shooting too.”

“It is a sport that involves skills and accuracy as much as getting into character,” she said. 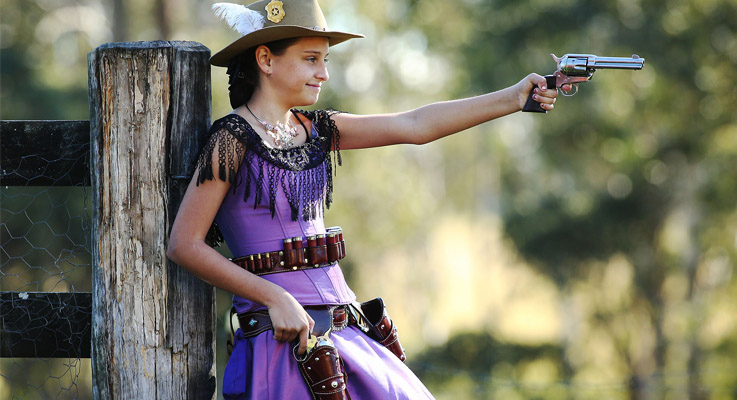