MindPlay is an annual drama competition for Year 11 students in the Hunter and Bulahdelah Central School won the Grand Final on Thursday 18 June. 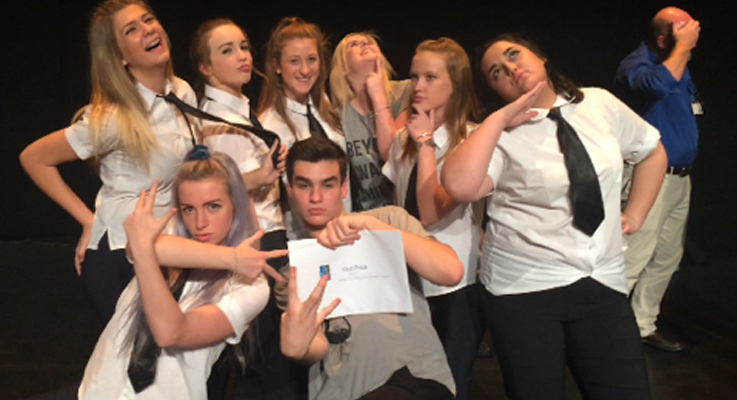 There were seventeen schools in the competition and the Grand Final was held in the Hunter Theatre at the Hunter School of Performing Arts.

The students travelled down with Ms Vanessa Shultz and after a day of rehearsing, performed against schools like Hunter Valley Grammar School, Maitland High, and Dungog High.

The Hunter Institute of Mental Health have been managing MindPlay since 1997 and each year a particular topic is handed out for the students to write and perform.

This year the topic focused on positive aspects of maintaining good mental health within the school environment.

It was about young people, schools, mental health and wellbeing.

The Bulahdelah students wrote and performed a play about Orthorexia Nervosa; a recently diagnosed eating disorder that focuses on an individual becoming obsessed with the quality of the food they are eating with the intention of losing weight.

“We were excited to perform on a large stage with lighting and technology that we were not used to.

“Our play was successful as it had sincerity and explored the depth of the issue, as well as having good acting,” she said.

“We researched the topic and based it on the experiences of Chloe Shultz, a Bulahdelah student, and even included the school counsellor in the play, with his wide knowledge about mental health.”

Bulahdelah Central School had previously come first in their heat and really took on board the feedback from the judges to turn their play into the Grand Final winner.

A certificate and prize of $1000 was awarded to Ms Vanessa Shultz and the eight Bulahdelah Central School students.