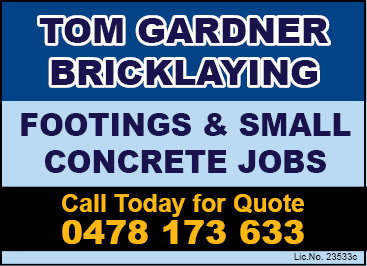 The full day championship event was held at Sporties Tuncurry, with Richard and Neil bowling their way through the competitive field of eight teams to secure their place in the finals.

With a crowd of local supporters behind them, the pair came up against Malachy McTaggart and Michael Collins from Pacific Palms Bowling Club in the closely contested finals match.

In near perfect conditions, the scores were locked at 7-7 going into the last end.

Under pressure, Richard and Neil showed their strong form, scoring a three to snatch the victory.

“The boys put up a fierce battle,” Neil told News Of The Area.

“It was good fight and they played very well.”

The Rookies Championships are for players relatively new to the game.

“It’s good to go into a competition like this, particularly with a great partner like Richard,” Neil said.

“We don’t get many opportunities where amateurs like us get the chance to show what guns we are.”

Richard and Neil will now proceed to the State Finals to be held in Raymond Terrace next month.