Pitch Perfect was performed last week on 13, 14 and 15 October and it was a very successful performance. Bulahdelah Central School students performed three matinees. 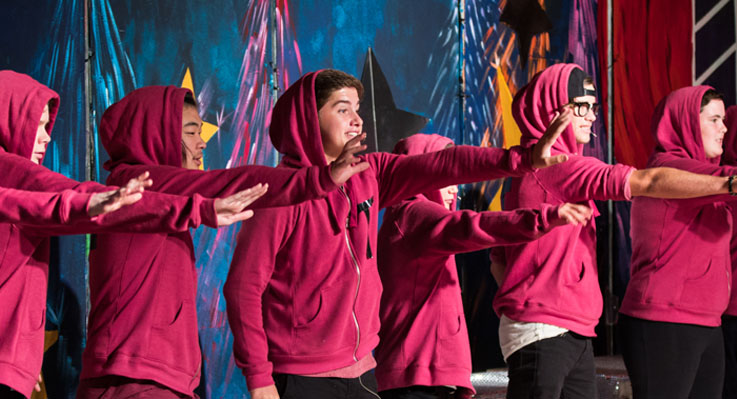 The primary and high school students of Bulahdelah Central School attended the Tuesday and Wednesday  matinees and then Years 5 and 6 from St. Joseph’s Bulahdelah attended the Thursday matinee.

There was also three sold-out evening performances for members of the community.

Many teachers helped out the cast of sixty students with singing and acting.

Mrs. Vanessa Shultz introduced the performances each time and announced that she was very proud of the students’ efforts.