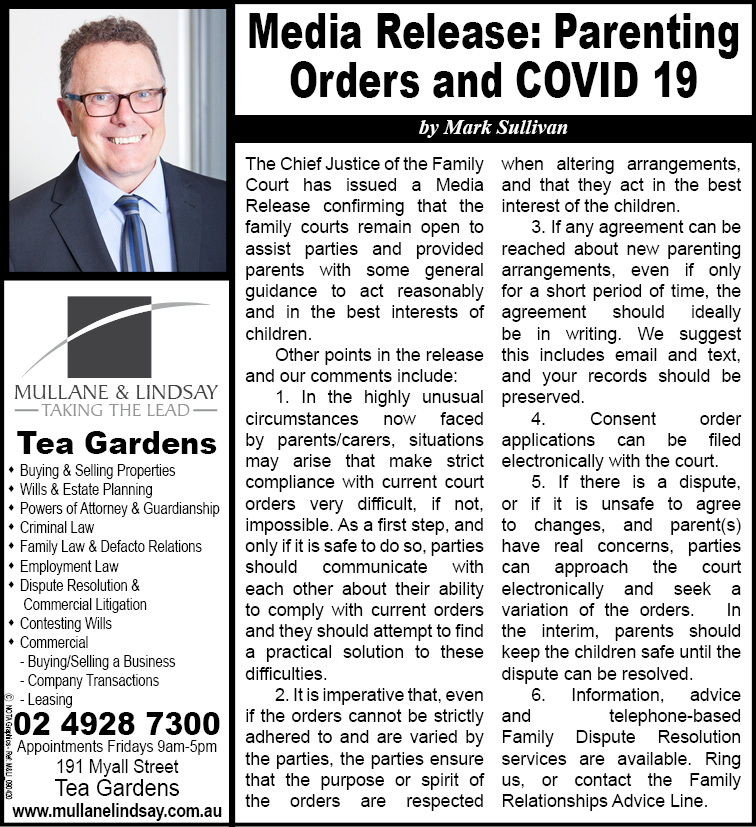 Mr Mutton was born and raised in Bolwarra, educated at Maitland Boys High and lived most of his life in Maitland.

He and his wife Debbie moved to Bundabah in 2011 and in 2014, when medical issues forced him to retire, Greg took up writing as an interest. He joined the local Fellowship of Australian Writers where he found the mentoring and camaraderie helped him develop his love of telling a good story. And now the stories just keep coming!

He released Book 1, Reunion, from his first series Chronicle of the 12th Realm, in June 2019.

Now Book 2 in the series, Sedition Rising, was released this month with Book 3 scheduled for July this year.

Greg shares some insight into this series with the NOTA.

Mr Mutton told News Of The Area, “Most of my books have an Australian base and for my series ‘Chronicle of the 12th Realm’ it’s Lucknow, an old gold mining town near Orange.”

“This is the home, and corporate headquarters, for the Abraham family, an industrial and agricultural dynasty. I’ve also done a lot of business in the areas around Orange for many years and felt the landscape and lifestyle of these regional towns were a really good fit for this series.”

“Also, most old gold mining areas have a myth of the vein that was lost. I’ve added some literary license and created one reason for the wealth of the family,” he said.

Book 1, Reunion, lays the foundation for the series; Earth is no longer the centre of the universe and humans are scattered across numerous planets. Trade is conducted peacefully and there is great respect within the many cultures. Aaron Abraham is heading to Earth to a family reunion after a 30 year estrangement when his ship is attacked in hyperspace. He survives but is accused of genocide on an unknown planet, and he and his first officer, Petra Mannix, are summoned to face judgement. In the process, they discover a plot to enslave the 12th Realm and the entire human race.

Book 2, Sedition Rising sees main characters Aaron and Petra thrust into further adventure and conflict. There are now rebellions on many human colonies with rumours of one person; someone thought to be long dead, orchestrating everything. The stakes are huge and only Aaron and his small band of Freeboot Traders stand between liberty and enslavement.

“My stories are really about people and relationships; they are hopeful and the heroes are not troubled or mentally challenged,” Mr Mutton said.

“They are all about adventure and the human experience. Love, hate, greed, revenge and courage are all elements of these books.’

If you’d love to discover more about the adventures in The 12th Realm, Greg’s books can be borrowed from Tea Gardens Library or purchased from Hawks Nest Newsagency, Tea Gardens Post Office or via  www.gregmutton.com/books