TANILBA BAY Golf Club will be swaying this weekend to the soulful tunes and lyrical enchantment of the vocal stylings of Georgina Grimshaw. 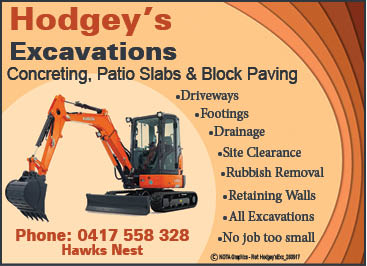 Georgina Grimshaw is a 23-year-old singer-songwriter from Newcastle.

Her gentle and soulful grace abounds not only in her songs but in her genuine presence.

At the core of her music is a simple need to express truths and love people.

Over the years she has refined her gift for natural storytelling and in mid-2016 released her debut EP ‘Cafe Corner’.

Georgina is one of Newcastle’s best up and coming acoustic/folk singer-songwriters who is in high demand throughout the Hunter.

Her inspirations reflect the sounds of Missy Higgins, Gabrielle Aplin, Of Monsters and Men, and Brooke Fraser.

Combined with her sweet voice, multi-instrumental playing style, and honest sound, Georgina has an ability to draw in all audiences and create a response.

Georgina’s amazing talent with the addition of her bubbly personality makes her the perfect person to make any event a life-long memory.

Gigs are an integral part of Georgina’s life as a musician.

It’s what puts her music out into the world and it’s also something that she really loves doing.

She sees touring by herself as a challenge, a way to do things for herself.

“It’s good to do those things, you can have confidence in yourself to do it and do something more confidently next time,”

she said, having just completed a solo tour throughout rural towns in New South Wales and Queensland.

“I love going to play in country towns.”

“People are friendly and really appreciate what you are doing.”

“I love travelling, being out in nature on the open road and the adventures of meeting new people,” she said.
For Georgina, music is her life; it is her job.

It does more for her then just pay the bills.

She describes songwriting and performing as a way of helping her understand and cope with life.

“It’s a lot cheaper than therapy,” she laughs.

“Every moment of my working day is thinking or listening to music, thinking about what I could be doing or what other people are doing.”