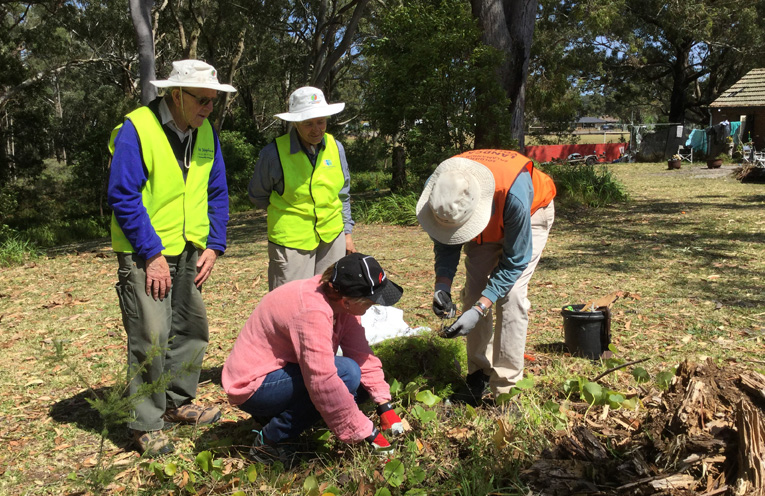 Catherine Cusack MLC, is the former shadow Environment Minister and Parliamentary Secretary for the Hunter.

She visited Port Stephens on holiday and East Ward Councillor Jaimie Abbott arranged for her to visit the group.

Walter Lamond of the Landcare team took Catherine on a walk through Mambo Wanda Wetlands.

After they spent about an hour touring the area they joined the entire team for morning tea.

Kathy Brown of Soldiers Point Salamander Bay Landcare told News Of The Area, “Catherine was very sympathetic and understanding of the challenges which the group and the Wanda Mambo Wetlands face.”

She believes that Landcare groups make a significant contribution to the local environment both in Port Stephens and nationally.

“Our Landcare group engages in controlling weeds using hand tools and techniques such as cut and poison, finding stands of weeds such as lantana, bitou bush, morning glory, asparagus fern, cassia, cleaning up litter along roads and found in the bush, replanting repaired areas with suitable local species agreed with council staff, and installing and maintaining signs, seats and gates along bush footpaths,” she said.

You can find out more about participating in Landcare by visiting the Port Stephens Council website.