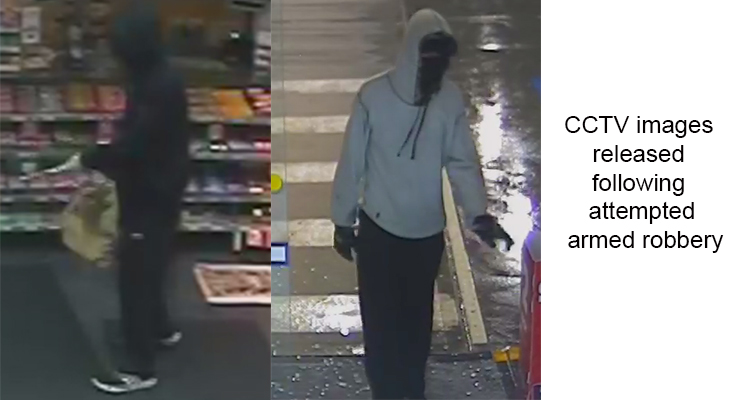 Police have released CCTV images and are appealing for public assistance following an attempted armed robbery in the state’s Hunter region earlier this week.

About 11.50pm on Tuesday 2 August 2016, two males armed with weapons including a knife and hammer forced entry to a service station on Richardson Road, Raymond Terrace.

The men were in the building for a short time before leaving empty handed.

Police have been told the male attendant was in a back room at the time and was not injured.

Officers from Port Stephens Local Area Command attended and conducted a search of the surrounding area; however, nothing was located.

Anyone with information is urged to come forward.