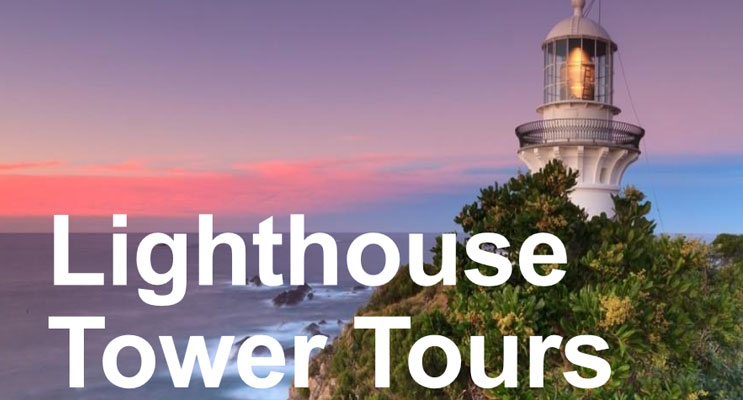 NPWS Ranger, Rachel Kempers said Sugarloaf Point Lighthouse was built in 1875 and this event is an opportunity to celebrate the unique role that this lighthouse played in the maritime history.

“The tower is open for tours once a year, so celebrate the October long weekend the National Parks and Wildlife Service (NPWS) and the Australian Maritime Safety Authority (AMSA) will be host guided tours of the lighthouse tower from 9am to 4pm,” Ms Kempers said.

“Entry into the tower is strictly by tour only, which will run every 30 minutes, with group size limited to a maximum of 10 people,” she said.

“Visitors will be able to look inside the light tower and heritage memorabilia on site, or you can talk to a NSW National Parks and Wildlife ranger about the site, its history and local wildlife.

“For a unique opportunity this long weekend, take the drive to Seal Rocks and see inside the 15m tall light tower, which is still operational.

“Take in the views from the top of the tower over the treacherous sawtooth rocks and stunning local landscapes. You may even spot a whale or two.

“The AMSA will be conducting the lighthouse tours, with colourful stories of lighthouse keeper’s lives and the tasks they were required to perform to keep the light burning and seas safer for mariners.

“Sugarloaf Point Lighthouse is one of two lighthouses in Australia with an external stairway.

“Today, it remains largely in its original state with minimal changes over the years,” She said.

“NPWS Staff will be on hand during on the weekend to answer questions about the heritage listed site and accommodation opportunities in the restored lighthouse keeper’s cottages.

To reserve your place on a tour or for further information about the celebrations, call NPWS Great Lakes Area on 02 6591 0300.