WHEN last Friday dawned fine and sunny, it put a smile on the face of Lioness President Linda Allen. 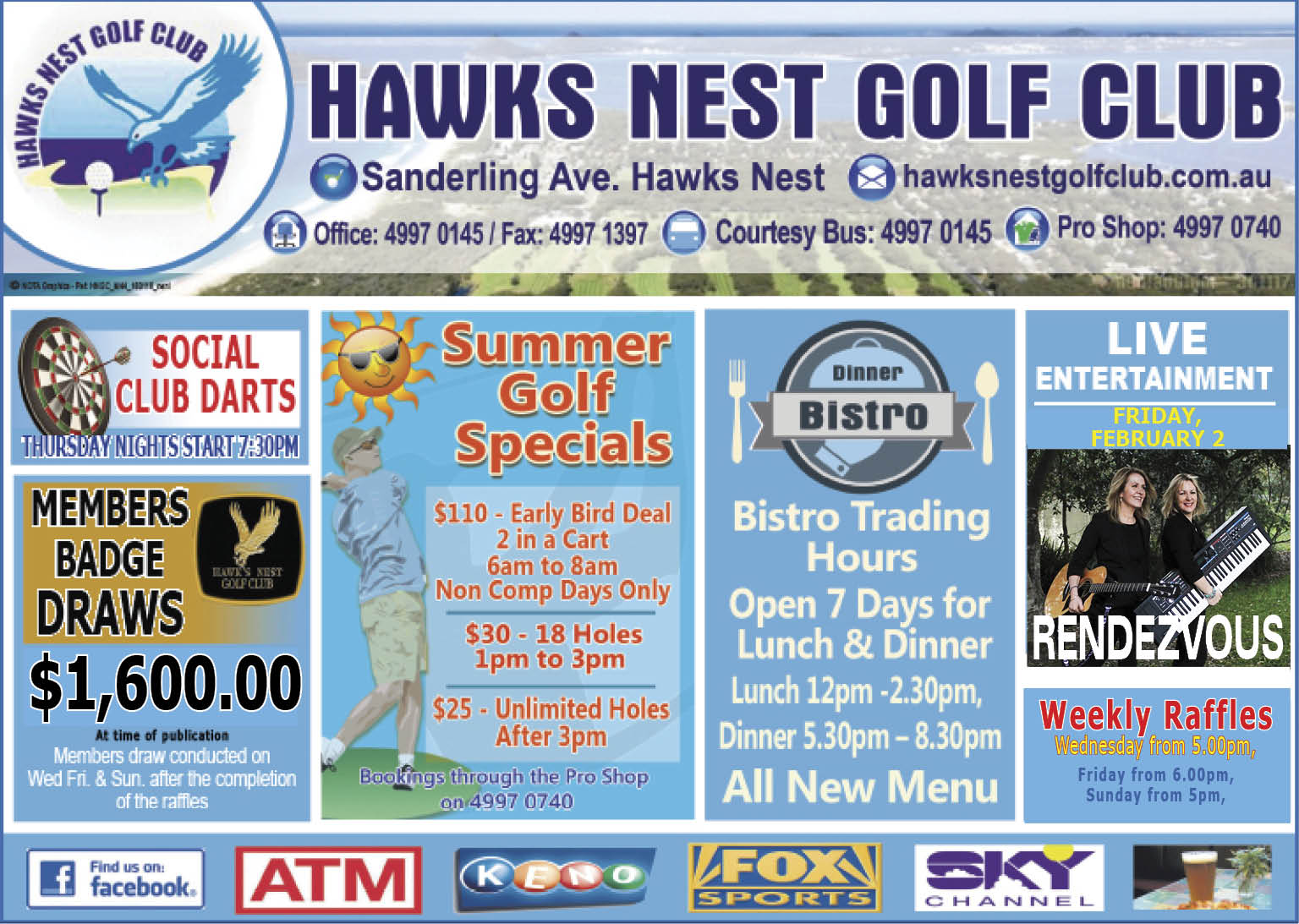 Australia Day celebrations were off to a great start and all the hard work by the Lionesses and Lions Club of the Myall Coast was about to pay off at the Moira Parade Park in Hawks Nest.

The organisers were up at dawn, setting up for the throngs of Aussies hankering for a sausage sizzle or lamington at the breakfast celebration.

“We’ll go through 30 kilos of sausages, 30 kilos of bacon,” Linda Allen told News Of The Area.

And while the band played lots of Aussie favourites, the crowds kept coming, patiently waiting for their feed of Australia Day fare.

Traditionally it’s a time to pay tribute to those within the Myall Community who make a difference.

And it was with great pleasure that Linda announced Jomeca Lafaialii Lioness Junior Citizen of 2018.

Jomeca volunteers extensively across the community, has been involved since school days with the Red Cross and Peter Sinclair Gardens and regularly attends the PCYC where she is currently in the process of getting qualified as a boxing trainer and instructor.

The other major announcement was the Lioness Citizen for 2018 and the look on the face of Gordon Grainger was one of sheer surprise when he was called on to accept the honour.

“I was going to go home a little while ago, but my wife Trish said let’s just stay for a bit longer,” Gordon said.
“I’m very touched and honoured to receive this award.”

Gordon Grainger works tirelessly within the community, from organising river clean up days as a member of the Myall River Action Group to being a strong advocate and member of the Estuary Committee, the Foreshore committee and attends monthly Council Reference meetings.

Needless to say there’s not much time for fishing which he originally came here to do nearly 20 years ago.

The morning ended as all good Australia Day celebrations should, with sack races and tug of war challenges.

The winner of the Guessing Competition was Liz Roberts.

And if you had any energy after all that, it was off to the Tea Gardens Hotel for the crab races and buckets and buckets of prawns.