The Charter of the Bulahdelah Central School Leo Club held a “Biggest BBQ” fundraiser and had the induction of its members on 20 May.

Parents and teachers were at the school to support the students as well as many Bulahdelah Lions Club members.

Leo Club membership is open to young people between the ages of 12-30 and is affiliated with the Lions Australia.

At present, there are only six Leo Clubs in New South Wales and the Bulahdelah Central School Leo Club is the only one in the Myall and Manning areas.

Lions Australia state that they have a proud history of achievement in Disaster and Emergency Relief, Medical Research and Community Service and assisting with local community fundraising for special causes and help with development and building of local parks, community venues and sporting centres. 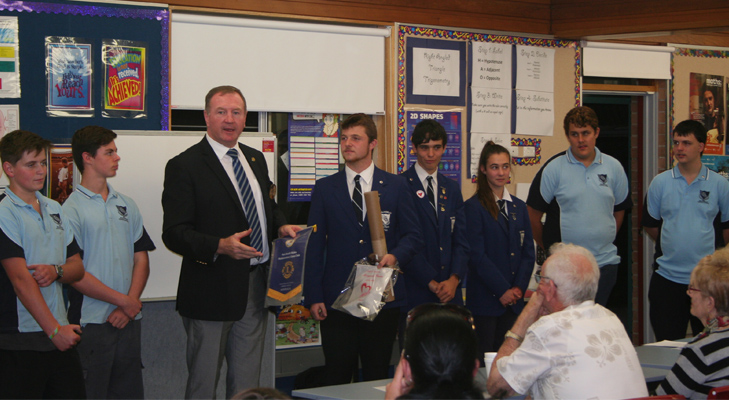 Bulahdelah Leo Club will continue this strong tradition as all proceeds from the BBQ will go towards Children’s Cancer Research and they are working with the Lions Club and Council to build a new skate park.

The members of the Leo Club mingled amongst the guests on the night and were polite and helpful.

The induction of the members was led by Margaret Pearce, the District Governor of Leo Club NSW.

The President of the Leo Club, Jaxon Harris, was proud to receive his membership and made a speech on behalf of the Vice-President and Treasurer, Karl Price and the Secretary, Ellie Gooch. 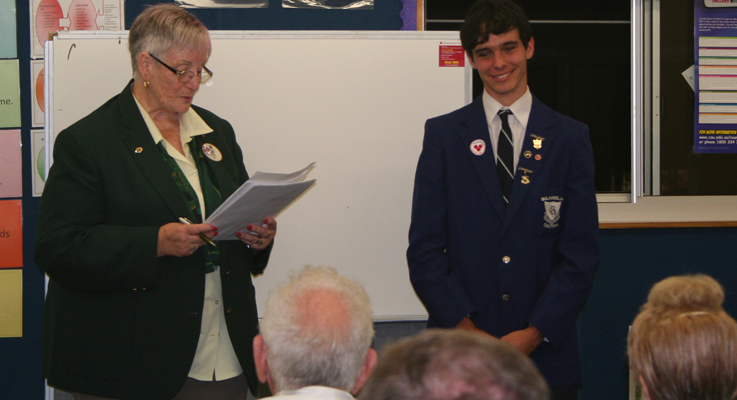 Stephen Bromhead, MP for Myall Lakes, was present and made a speech and congratulated the members.

Deb Gilbert, Deputy Principal of Bulahdelah Central School, discussed how the Leo Club idea began and developed to the stage of membership and projects being undertaken by the group.