MORE than a hundred members of the community gathered in Tea Gardens last week to hear from the powers that be, involved in the massive clean up from the container ship spill of Port Stephens earlier this month. 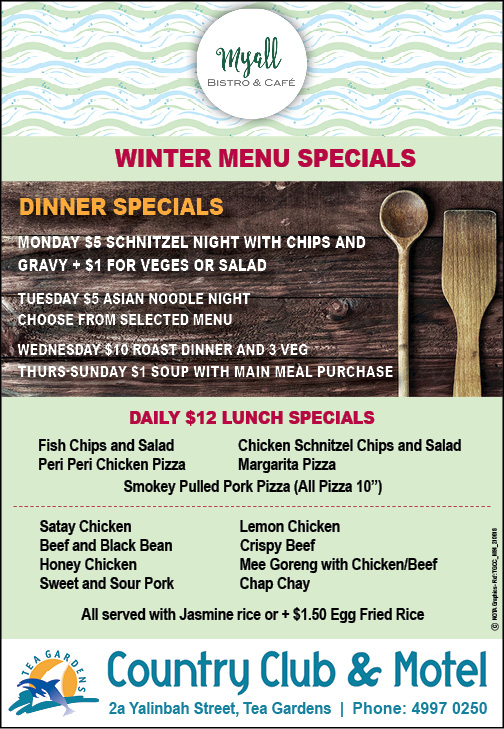 Roads and Maritime Executive Director Maritime Angus Mitchell was joined by Pierre Sidorow, Business Development Manager, for the Varley Group, the contractors tasked with collecting the debris which has washed up from Coffs Harbour to Newcastle.

As the meeting went on, it became very clear that the operation facing authorities was a massive job, on a huge scale and realistically could take months, if not years.

Local RMS Officer, Tony Woodfield told News Of The Area, “I’ve done 2 thousand 2 hundred kilometres in just 12 days, most of it in four-wheel drives, up and down beaches and that excludes the first couple of days, when the weather was appalling and just too dangerous.”

As we went to print, only two of the 83 containers which spilled from the YM Efficiency had been found, one at Yacaaba, the other on Fingal Island.

The container ship itself was still being unloaded in Sydney, a painstakingly slow operation, due to the number of damaged containers on board.

RMS Executive Director Angus Mitchell said, “Almost a third of an Olympic swimming pool of debris has been removed from the water and shoreline.”

“We know exactly what was in every container, from the manifest and we have no reason to believe the manifest isn’t correct,” Mr Mitchell said.

“Once we can locate them, and we know what’s come ashore, then we have a better idea of what is potentially down there.”

That then raised the questions, “Do we pick them all up, do we pick some of them up or just leave them and that could take some time,” Mr Mitchell said.

A survey vessel was due to start operations, weather permitting this week, to accurately pinpoint the sunken containers.

“In the past we’ve found the most damage is done in the first five days,” Mr Mitchell said.

“In the right conditions, a shipping container can remain on the sea bed for a hundred years.”

Once the survey is complete, fishermen and mariners will be notified of their exact location.

To help in the salvage operation, the Community is being encouraged to continue reporting debris to the RMS on 13 12 36, selecting option 2.