THE Woolgoolga community has had a win with a community campaign by local residents against a new service station and takeaway store in the town supported unanimously by Coffs Harbour City councillors.

The new Mobil service station and takeway food and drink premises was proposed to be established at the site of the current Pine Lodge Motel on the corner of Solitary Islands Way and Clarence Street, Woolgoolga, on a busy roundabout.

The service station was proposed to operate 24 hours a day, seven days a week. 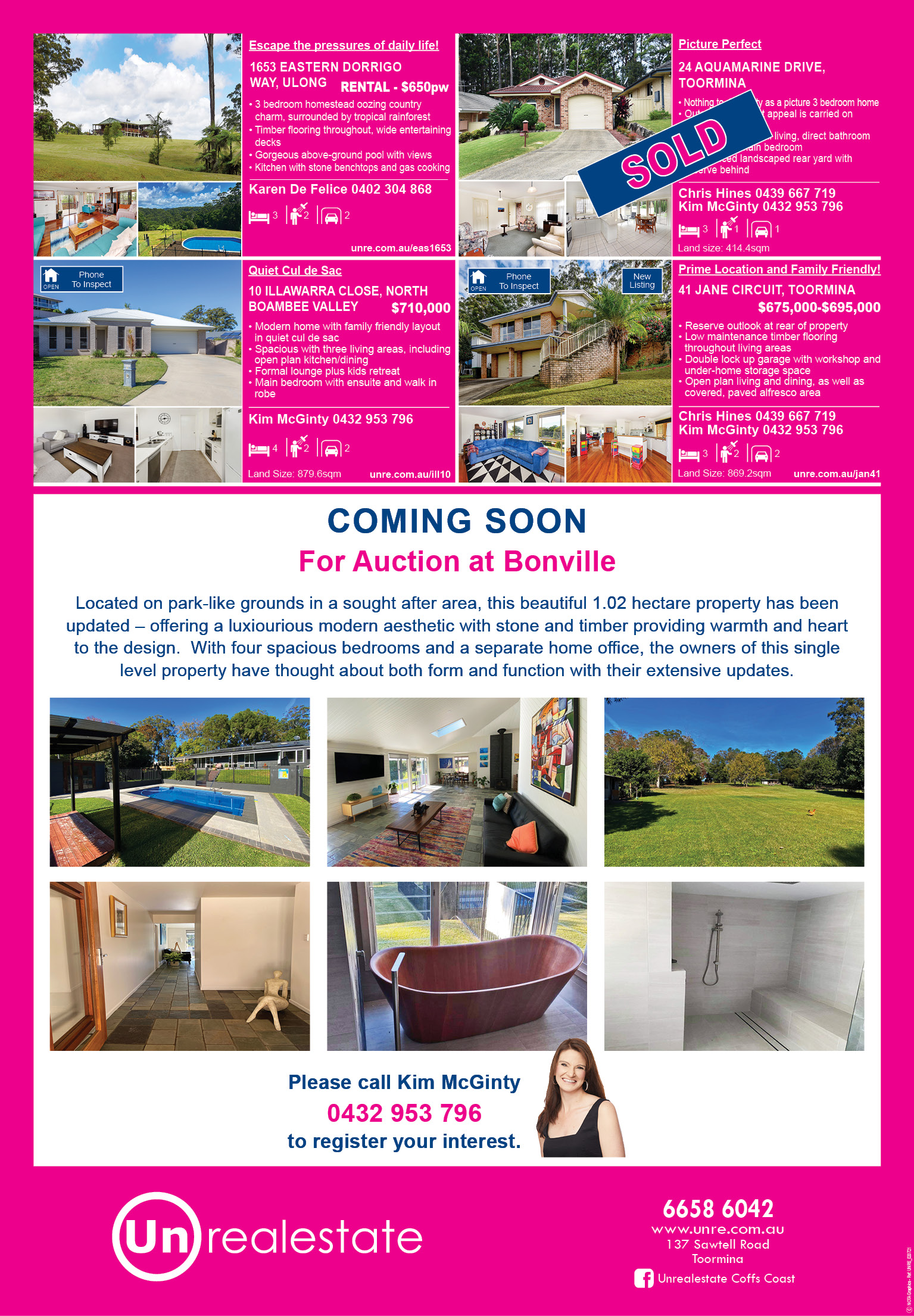 The proposed development attracted 136 community submissions during its public exhibition, with only three of these in support of the development.

Council staff had recommended approval of the development at Council’s recent meeting on Thursday 24 June.

“We totally reject the Council staff recommendation that this development is suitable for the site,” Ms Puddey said.

“This development is in conflict with the aspirations of the community on many levels.

“This is a cornerstone site, development on this site should complement the unique characteristics of Woolgoolga and establish a welcome gateway to town; the proposed development does neither.”

Ms Puddy said the development was in conflict with the Woolgoolga Town Centre Masterplan, and also listed traffic and safety concerns, environmental impacts and social conflicts as the major reasons to reject the development.

“Traffic movement is a major concern,” she said.

“The community fought hard for a bypass to take heavy vehicles away from the town centre.”

Ms Puddey likened the development to “an elephant in a shoebox”, due to the site’s small size.

“You might squeeze it in but it will bust out and fall apart,” she said.

“Everything about this development is squeezed in; there is no room for error.”

Project developer Steve Jones spoke for the development and of the benefits a 24-hour service station would bring to the Northern Beaches community.

“One of the big pluses we see in this development is the 24/7 convenience of being able to go and buy a loaf of bread and some milk, to get a packet of panadol in the middle of the night.

“We see that as something that’s lacking in the community at the moment.”

Cr John Arkan and Cr Sally Townley moved an alternate motion at the Council meeting to refuse the development due to its unacceptable impact on the amenity of the local area, unacceptable impacts on traffic, and inconsistency with the Woolgoolga Town Centre Masterplan and zoning of the site.

“This is an important DA,” Cr Arkan said.

“It’s been talked about alot within the community.

“What we’ve seen here is the community working together with Council, in that the lobby groups, residents’ association and the people of Woolgoolga have been speaking loud and clear.”

Cr Arkan said if approved the development would detrimentally affect the local amenity of Woolgoolga.

“It will be affected in a detrimental way that won’t help the township develop in an appropriate way.”

However, Cr Arkan stressed to councillors the need to do something in “that gateway area” to Woolgoolga.

“The northern beaches do get left behind, we are not putting infrastructure in for the future in the Northern Beaches,” he stated.

“That’s really important that we get infrastructure right before the development.

“Council have a responsibility, as well as the developers, in making sure the infrastructure is up to date.”

Cr Keith Rhoades chose not to support the development once he was informed that the developer would not be amenable to decreasing the service stations’s 24 hours of operation.

“I am of the view that none of our villages or major town centres off the Pacific Highway need a 24 hour operation such as this,” Cr Rhoades said.

“I cannot support that on the basis that it is a 24 hour operation business.”

Cr Rhoades said 24 hour service stations need to be based on a “major road network”.

Cr Sally Townley highlighted the similarities between the development and the Moonee Service Station development that was refused by Council and the Land and Environment Court following another community campaign by local residents.

“I think perhaps a lot of councillors are having a sense of dejavu with this particular development application and its similarity to the proposed service station at Moonee a while ago,” Cr Townley said.

“It’s got so many similarities, an absolute prime piece of commercial real estate right there in the middle of town, the entry to town, the street frontage and a huge range of commercial possibilities that could take place on that site.”

Cr Townley said she supported refusal of this development due to a “really fundamental flaw that it just doesn’t fit on that site”.

She questioned how young service station staff would traffic control large reversing semi trailers and fuel tankers on such a small site.

“It’s not a fit, there’s too many things going on on that small space, it’s a really busy street.

“I actually find that there’s quite a few things wrong with this development.”

“The potential for something like a service station is actually north of that (site), in the Town Masterplan it’s not even actually a recommended development for that site,” Cr Swan stated.

“It’s not the perfect development to welcome people into our town, given that the desire of the Masterplan is to retain the beautiful feel of our coastal village.

“It’s pretty important that we look to the long term future of Woolgoolga and the importance of this site and ensure that we do refuse this application.”

Cr Arkan and Cr Townley’s motion to refuse the development application was unanimously supported by all councillors present at the meeting.

Council refused the development application for a service station and takeaway food and drink premises, including the demolition of existing structures at Clarence Street, Woolgoolga as the development will have an unacceptable impact on the amenity of the locality, unacceptable impacts on traffic, inconsistency with the Woolgoolga Town Centre Masterplan objectives and inconsistency with objectives of the B4 zone.

Mayor Denise Knight and Cr Paul Amos did not vote on the matter due to a conflict of interest.