LONGTIME Emerald Beach residents Steve Walsh and Steve Tucker are calling out Coffs Harbour City Council on its ‘poorly designed’ concept plan for the town’s sole National Parks reserve, which they say is misrepresentative to the community.

The reserve is part of the Coffs Coast Regional Park and forms a gateway to the Solitary Islands Marine Park, and is jointly managed by Council and the National Parks and Wildlife Service. 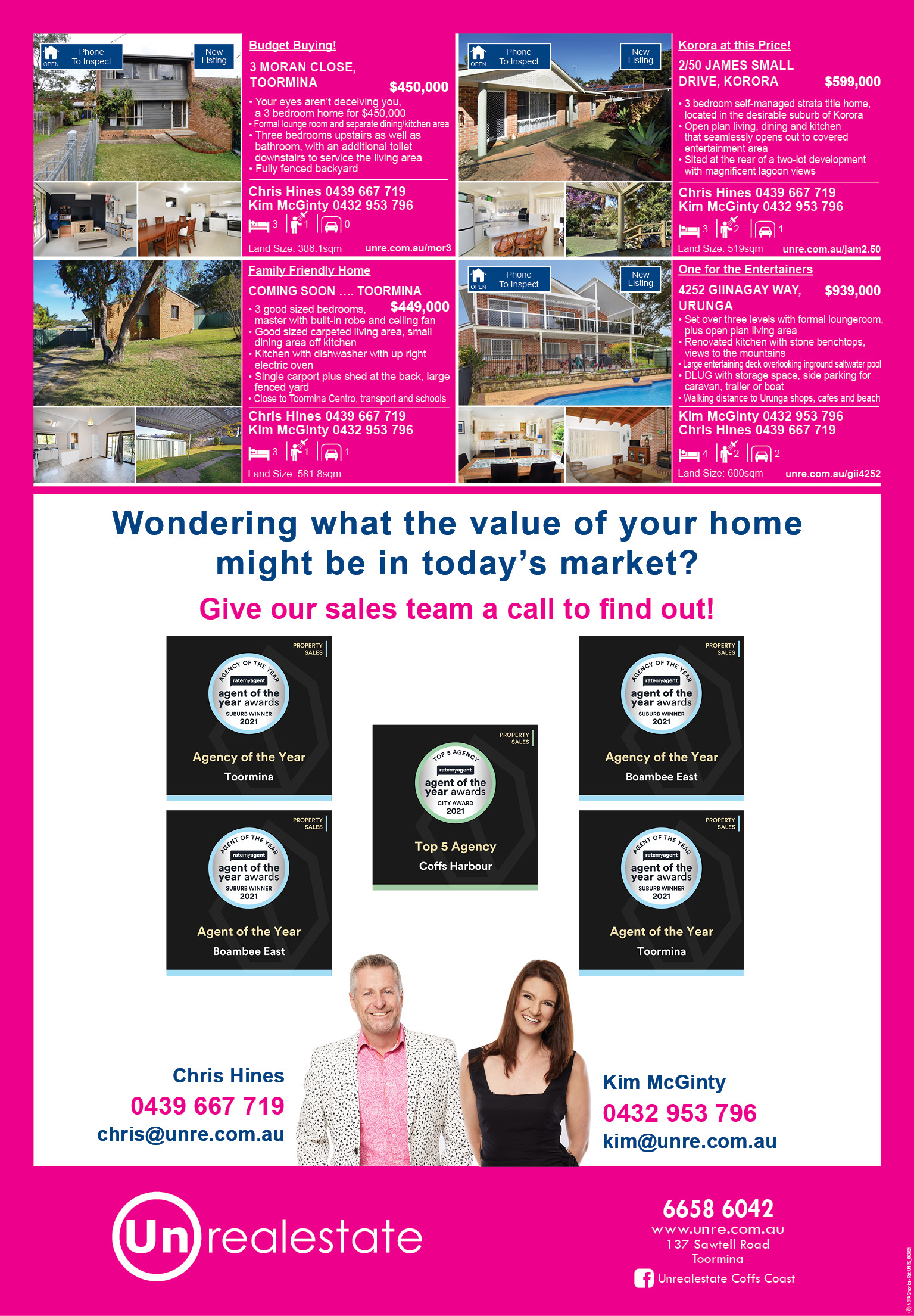 Locals have been calling on Council and the National Parks and Wildlife Service to help protect the grassed area of the reserve over many years after it became used as an unofficial community car park, overnight camping spot and even a place where locals would undertake repairs on their cars, causing extensive damage to the area.

In the last month, the reserve has been bordered off by temporary rock barriers placed there by the National Parks and Wildlife Service to keep cars and caravans off the reserve to prevent it from further damage.

As part of the plan, the main road into Emerald Beach, Fiddaman Road, will be relocated west into the grassed area of the reserve, almost splitting the reserve in two.

“There’s no other grassed areas within 10 to 15kms of here for the kids to hit a cricket ball or play football,” Mr Walsh stressed.

“It was an area where the community could gather.”

Mr Walsh is calling on Council to show local residents properly designed concept plans for the reserve, which he says he was able to get professionally drawn up in just one day.

“It was something that a 2 year old would have done a better job of,” Mr Walsh said of Council’s concept plan.

“And you’re expected to make a decision based on that.”

Both men fear that after four years of community campaigning to get the community reserve area upgraded, locals will just accept Council’s plans for the reserve area.

“What you see is not what you’re getting, it doesn’t represent what they are doing,” the men stated.

“You get four weeks after four years to comment on this plan; you can’t expect people to make proper decisions.

“They’re trying to rush this plan through.”

Mr Walsh is urging the local community to look at his professionally designed concept plan of what Council has planned for the reserve area.

“It needs to be presented to the people properly, I just want to tell the people what’s going on,” Mr Walsh said.

“The big question is do you want a reserve that is totally unusable.”

A Council spokesperson said Council had sent out three updates to local residents during the public exhibition of the Emerald Beach Draft Concept Plan and that Council had responded to any queries about the plan to provide residents with further clarity on it.

Mr Walsh and Mr Tucker said they were also under the impression that Council was going to present more than one plan for the community to decide on, and they said Council never offered an option of leaving the reserve “as is”.

“There has never been an option of leaving it as is and doing it up,” Mr Walsh said.

“I’m 100% in favour of doing what the residents want and leaving it.”

“There’s nothing wrong with leaving it as it is; now they’re cutting it in half.”

A Council spokesperson said the decision to produce one concept plan was endorsed at a community meeting on 22 October 2019 and that this had been communicated to the broader community via progress updates on the project.

Public submissions on the Emerald Beach Reserve Draft Concept Plan close at 5pm today (Friday 6 August) and can be made on Council’s Have Your Say page on its website at https://haveyoursay.coffsharbour.nsw.gov.au/emerald-beach.