THE RAAF Base Williamtown Craft Group were ‘mission ready’ with pens, glue and plenty of willing helpers as they performed ‘Operation Christmas Cards’ this month at the RAAF Williamtown Family Room.

Williamtown based personnel joined with staff, spouses and community group members to fold, cut and colour their way to mission success.

Operation Christmas Cards was the brainchild of the president of the Williamtown Defence Family Group Incorporated, Mrs Maryke Lee, who leads a dedicated group of volunteers – running an active community program that provides ongoing support to Williamtown based personnel, their spouses and children at home and abroad.

Taking a moment out from the ‘creative card-making production line’, Mrs Lee told News Of The Area that Operation Christmas Cards is an important initiative in support of personnel deployed overseas:

“Defence members usually have only limited resources available to them on deployment – so sending a hand-made Christmas Card so that our deployed personnel have the opportunity to write a special message and return it to their loved ones at home during the Christmas period is a fantastic gift and a meaningful way in which we can support our troops,” she said.

RAAF Base Williamtown Air Base Executive Officer, Wing Commander Amanda Cornell, told News Of The Area she sincerely values the collective efforts of group members and their active program of support.

“I am so incredibly proud of the close community that has been established at our base. The tireless efforts of the dedicated volunteers of the Williamtown Defence Family Group greatly contribute to the network of support to our Serving personnel and their families – and I would like to personally thank volunteers for ‘their’ Service.”

For more information on ways in which you can show your support to Australian Defence Force members serving overseas – now and over the festive season, please visit the following link:

Plus – for information and enquiries regarding the Williamtown Craft Group and their active community program please contact Mrs Maryke Lee via email at: [email protected] 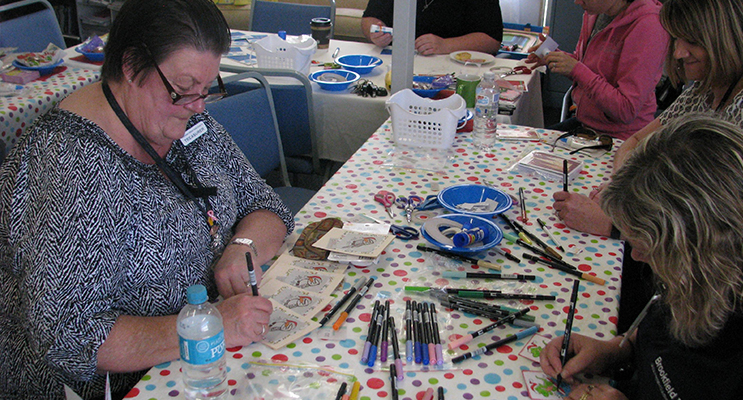