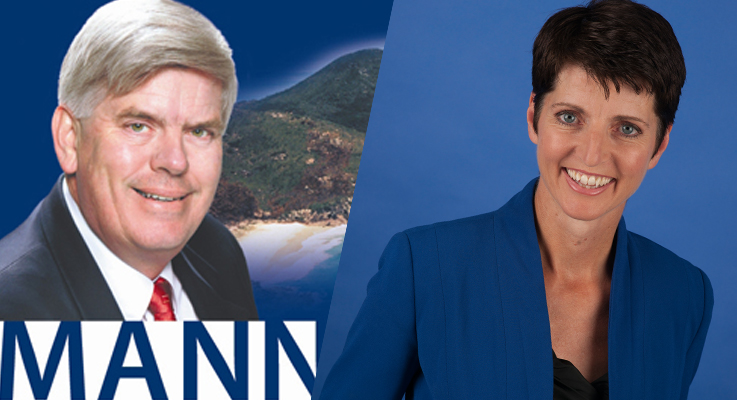 Mr Baumann confirmed he will be contesting the next state election as the endorsed Liberal candidate for Port Stephens.

Kate Washington highlighted the confusion around Mr Baumann’s position, stating that the distinction between resigning from the ‘Parliamentary Liberal party’, not the Liberal party itself, is very unclear.

Myall Coast News contacted both Kate Washington and Craig Baumann on Monday to see how they felt after the meeting.

Kate Washington responded by email and we have published her comments on the Opinion Pages.

Craig Baumann gave no response at the time of publishing this article.

UPDATE: Myall Coast News has caught up with Craig and will publish his story in next weeks paper.

I really appreciated the opportunity to meet residents of North Arm Cove and for them to get to know what I stand for, and why.
Unsurprisingly, the issue of the Independent Commission Against Corruption (ICAC) arose at this meeting.
When a question was put directly to Mr Baumann asking for clarification of his values, given he is now on the cross bench, he responded that he was only on the cross bench to ensure the government could get on with the job of running the state without ‘distractions’.
Having read the ICAC transcript, I can not see how anything other than adverse findings could be made when the ICAC commissioner hands down her decision in January.
One resident expressed her concern that the investigation was being regarded by Craig Baumann, and his party, as a mere ‘distraction’.
Attending this meeting really helped me to understand some of the issues of concern to the local community.
I’m always impressed by the level of activity of North Arm Cove residents, there’s a real ‘can do’ approach.
But sometimes, support at a higher level is needed to achieve desired outcomes.
I hope to be in a position in the future where I can provide that support.

Craig Baumann has spoken to Myall Coast News, we will publish his story in next weeks paper.