Likely a 10th state Liberal MP is set to join the cross bench after an ICAC appearance and outcome today. A corruption enquiry was expanded to examine allegations that Craig Baumann, took secret donations from developers.

Mr Baumann has now openly admitted to secret donations, sham invoices and a donation from his personal accountant.

Its reported that Mr Baumann made comment that, “It [his actions] was ignorance rather than malicious intent.”

Its reported he made comment that he will not be standing down from his position, however soon afterwards announced he would join the cross bench.

He admits that his 2007 electoral funding declaration didn’t include some donations totaling $79,684, from Hilton Grugeon and Jeff McCloy. Mr Baumann admits to creating the ‘sham’ invoices to hide the donations.

It is not illegal to take donations of money from developers, however Mr Baumann’s position on the Wallalong rezoning would then have to be questioned, due to the fact that both Hilton Grugeon and Jeff McCloy are involved in a proposal for a large residential development at Wallalong.

Craig Baumann, State Memmber for Port Stephens, was first up at the ICAC (Independent Commission Against Corruption) this morning. 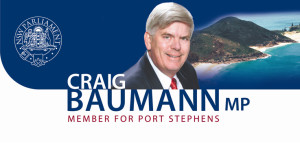 In the hearing, Mr Baumann has admitted that his 2007 Electoral funding declaration was’t accurate. 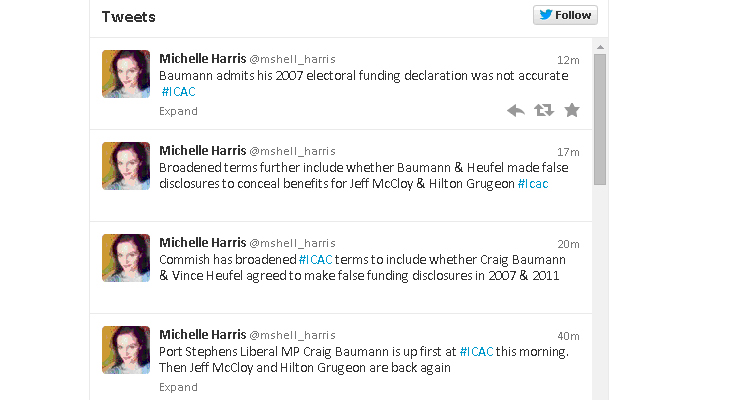