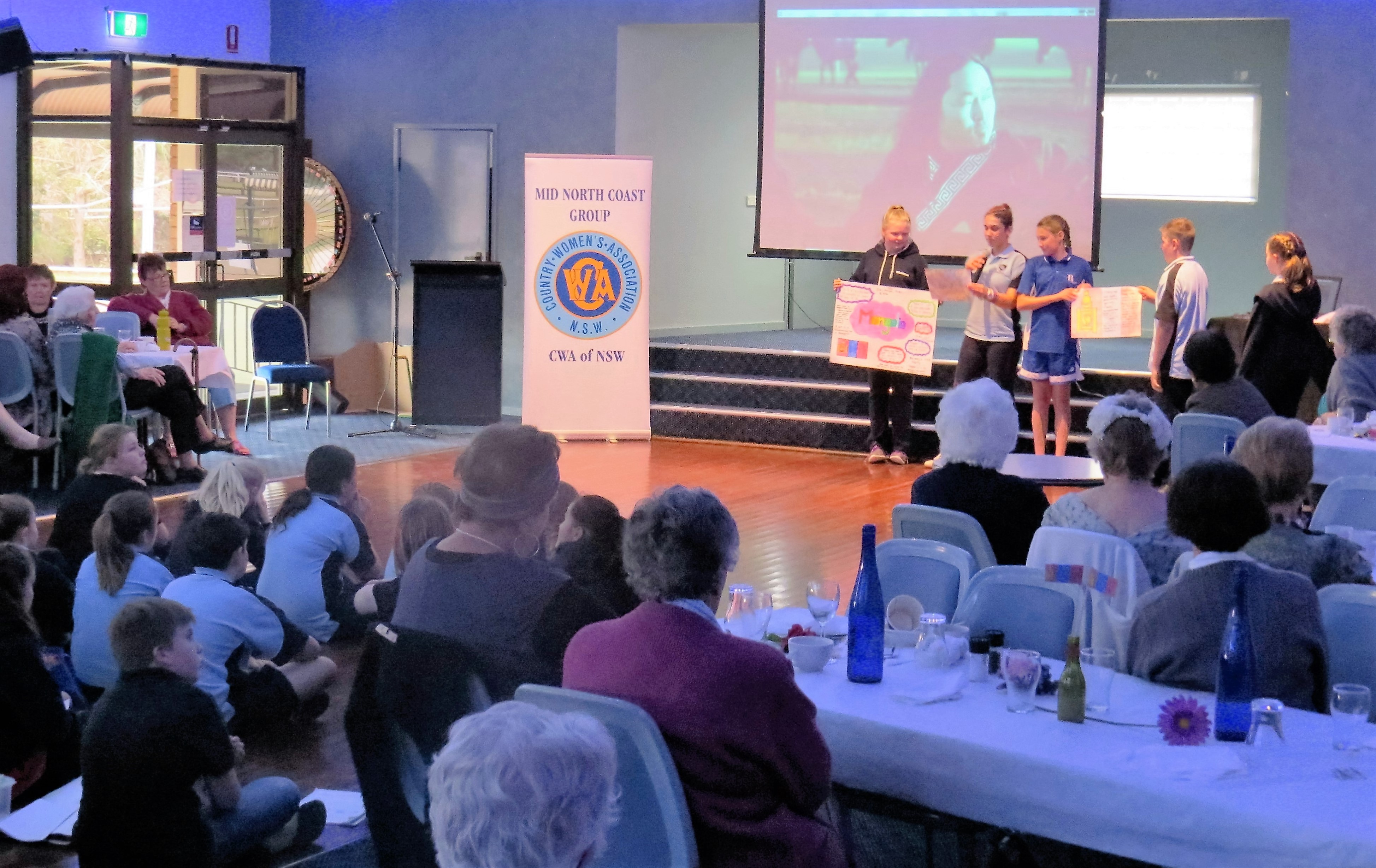 IT WAS Mongolian Day at the District CWA meeting held at Bulahdelah Bowling Club last week.

More than 75 CWA members from 18 branches came from as far away as Nambucca Heads to enjoy lunch together and share their studies of Mongolia.

“The luncheon is the finale of the study, it is here where all the research is presented and displayed,” Ms Britton said.

“This year we also had displays relating to a 1960s theme, which included additional research projects and memorabilia.”

The luncheon tables were decorated with Mongolian Flags and CWA members stood for the singing of the Mongolian National Anthem.

Although Mongolian food didn’t feature in this year’s luncheon, Ms Britton said members from many branches had sampled traditional foods as part of their study.

“One CWA group had buffalo milk ice cream, which was the closest they could get to yak’s milk,” Ms Britton told News Of The Area.

“The ladies were thrilled with the performance of the children and presented our school with a beautiful book for our library,” Mrs Trotter said.

“I think the children had nearly as much fun performing as the audience had watching.”

Ms Britton said the CWA members “had a fabulous day” and thoroughly enjoyed catching up with friends.