EIGHT young ladies were greeted with continuous applause as they were formally introduced at the 2016 Bulahdelah Debutante Ball.

Accompanied by their partners and flower girls, the Debutantes were radiant in their elegant long white gowns as they walked the red carpet making their debut into society,signifying the start of their adult lives.

The Debutantes were presented to special guest Mr Roger Horton in front of their family, friends and community members.

Taking to the floor, the young ladies and their partners entertained the large crowd with a series of formal ballroom dances before being joined by their parents for the traditional Pride of Erin.

DebutanteBianca Mason followed in the footsteps of her mother Jacinta and older sister Michaela who have both previously made their Debuts in Bulahdelah.

Biancasaid she thoroughly enjoyed getting dressed up and making her Debut with her friends.

“It’s a good life lesson being presented as a young woman in front of my family and community,” Bianca said.

“I have a lot of respect for my friends and it was a privilege being able to share this experience with them.” 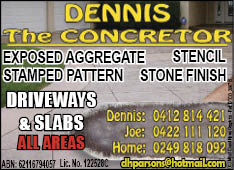 The Ball was organised by Bulahdelah Pre-School as a major fundraiser for the centre and capped off 10 weeks of dance practices and rehearsals for the Debutantes.

Pre-School Director GaiTooze said the success of the night was the culmination of many months of hard work by a large number of people.

“The Debutantes and their partners are a wonderful group of young people who presented themselves confidently and all danced very well,” Mrs Tooze said.

“We havea very good turnout from the community and are very fortunate to have Mr Horton return to Bulahdelah to be our special guest.”

Debutantes and their partners were from Tea Gardens, Girvan, Bulahdelahand further afield.

The Debutante Ball has been a long-held tradition in Bulahdelah and takes place every two years.