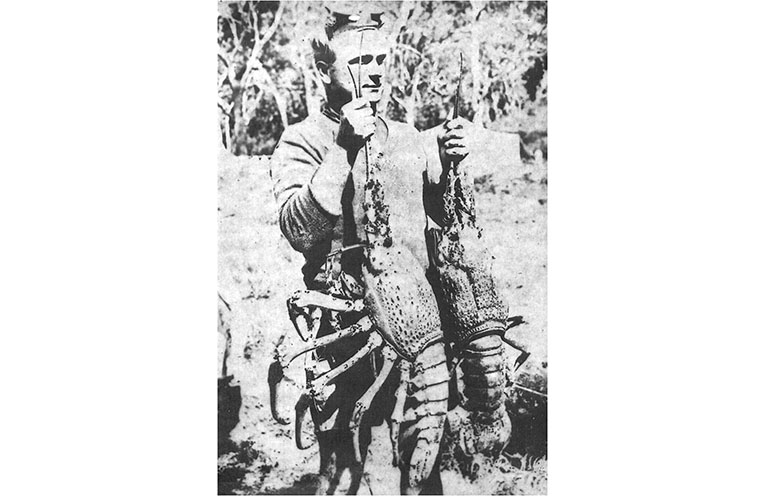 Up until the 1970s giant lobsters to 10kg crawled unchallenged over the reefs around Broughton Island.

Known as “spiders” by the commercial fishermen the monster crustaceans were considered a nuisance as they jammed the entrances to their lobster traps preventing their smaller cousins from entering.

The “spiders” had a limited value on the market as they were considered too big and too tough.

Today a small population of the giants remain in hidden pockets of habitat.

They are protected by law and fines for capture are heavy.