A dog was wandering around the streets of Bulahdelah on Tuesday morning 9 June and was biting people that were visiting Wade Park. 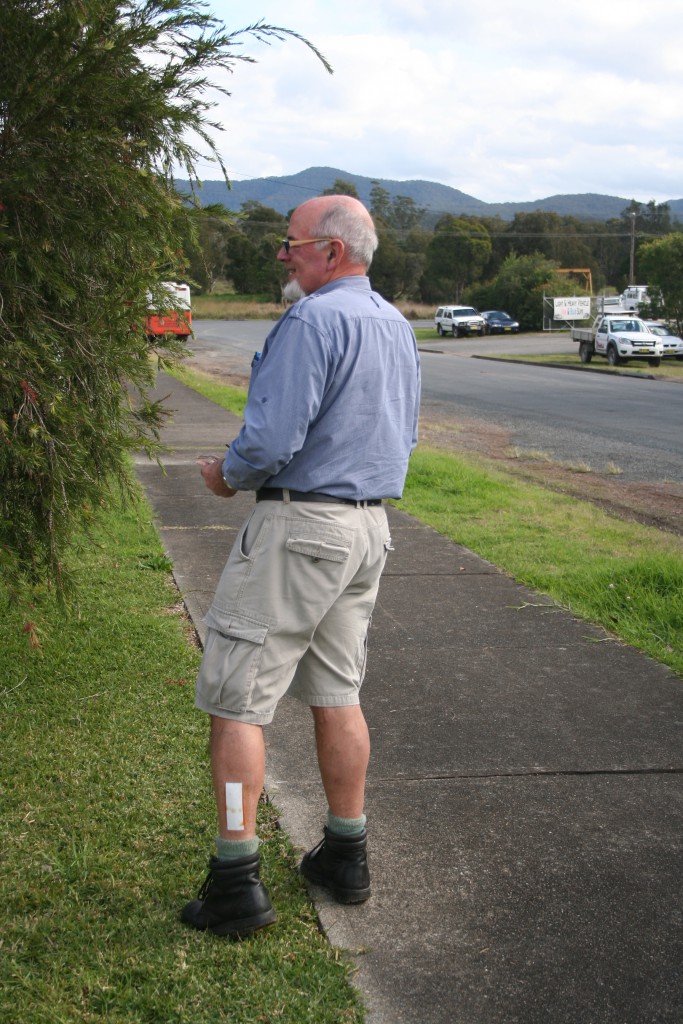 One local resident said that he was walking across the park and had stopped to look at a small white dog, when from behind without any provocation, a pale blue heeler dog with a docked tail, bit his left leg.

He remained at the park to warn people about this particular dog but the dog went on to bite another three tourists that were visiting the park.

In total, it is reported that eight people were bitten by this blue heeler on the same day.
The local resident with the injury attended

Bulahdelah Hospital and received antibiotics.
He also attempted to contact the Council Depot in Bulahdelah to ask for assistance from the council to contain the dog.

While at the Council Depot the tourists that had been bitten by the dog were attending to their wounds with alcohol wipes.

Great Lakes Council did send out a ranger to Bulahdelah but the dog was not found.

The Bulahdelah Community members are often reporting that there are dogs wandering along the streets and that they are not contained in their yards.

Appeals have been made to owners to collect their dogs and keep them on their properties.

Myall Coast News contacted John Cavanagh from Great Lakes Council and he said, “Due to a phone call to the council on Tuesday 9 June a ranger did go to Bulahdelah but no dogs were found.”

Mr Cavanagh said, “At this time no formal statement has been made by any witnesses so there can be no follow up.”

“It is the law that dogs have to be restrained on a property,” he said.