THE Federal Member for Lyne, Dr David Gillespie dropped into Tea Gardens last week for a chat and lunch with members of the Myall Coast Chamber of Commerce and Tourism. 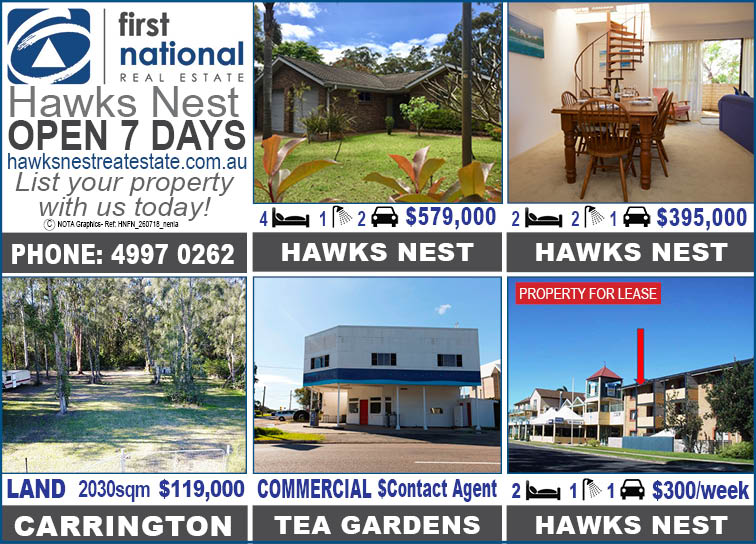 “We invited Dr Gillespie to show him what we are doing as a revitalised Chamber, to better support local businesses and encourage tourism to the area,” Chamber President, Graham Lang said.

To that end, discussions centred around what the Federal Government was doing to combat crippling electricity prices impacting on businesses and households.

The inquiry, which began in March 2017, released 56 recommendations detailing ways to fix the national electricity market.

The report was handed over to the Federal Treasurer with the A Triple C estimating that if its recommendations are adopted, it will save the average household between 20 to 25 percent on their annual electricity bill.

News Of The Area asked Dr Gillespie whether it was realistic that young people would be able to enter the home ownership market.

“If they leave the major centres, such as Sydney, Melbourne and Brisbane or they have inherited wealth, they’ll be able to buy,” Dr Gillespie said.

“We are trying to encourage more businesses to move from cities to regional areas.“

Dr Gillespie is also well aware that his electorate of Lyne is the oldest when it comes to age of its voters.

“I have the most wise and experienced electorate in the country, by virtue of demographic,” Dr Gillespie said.

“I also have a lot of people who are dependant on their income from the Government, being of pension age.”