DR David Gillespie has been re-elected to represent the seat of Lyne.

With almost all votes counted for the electorate, The Nationals’ candidate current member Dr David Gillespie has been declared re-elected with over 64.5 percent of the votes. 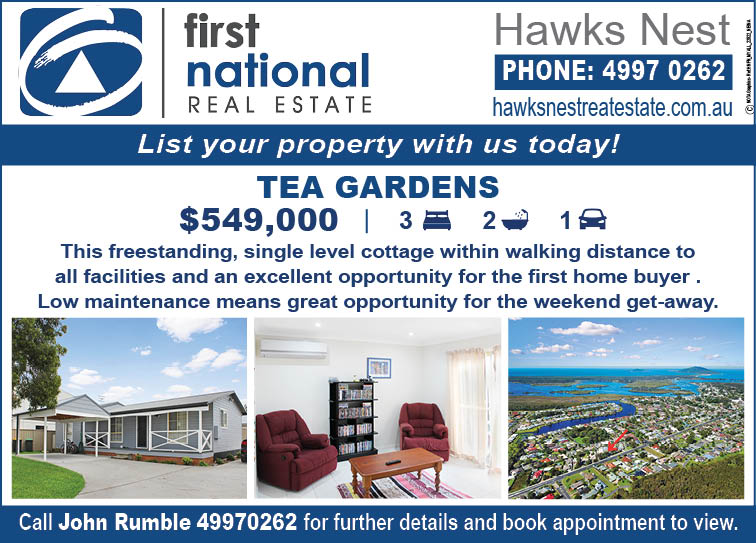 Dr Gillespie says that he is incredibly thankful to the community and all those who volunteered their time to assist in his re-election.

“I’d like to take this opportunity to wholeheartedly thank the people of the Lyne electorate for their overwhelming support in re-electing me as their local Federal MP.

“I look forward to working for the whole electorate with my colleagues both in the Coalition and across the Parliament over the course of the next term to continue to make Australia and our region even stronger,” Dr Gillespie said.

“Unfortunately, the Coalition Government was not returned.

“In Government, we were able to achieve much for our nation and our local area, particularly during the challenging times of the COVID pandemic.

Nationwide at the time of publishing, The Nationals had received approximately 4.1 percent of votes with a -0.3 percent swing, winning nine seats.

Six of these seats are in New South Wales with a -0.8 percent swing in votes.

This will be Gillespie’s fourth term as Lyne MP after serving in the position since 2013.

“I understand the complexity and pressures of primary production in Australia and want to continue to work to ensure primary producers and processors receive equitable treatment by retailers under Australia’s consumer and competition laws,” he said.