Overall maintenance and public works requests for the Pindimar area to Great Lakes Council (GLC) appear to have fallen on deaf ears despite several calls, according to members from the Pindimar – Bundabah Community Association Inc (PBCA) Works Committee. 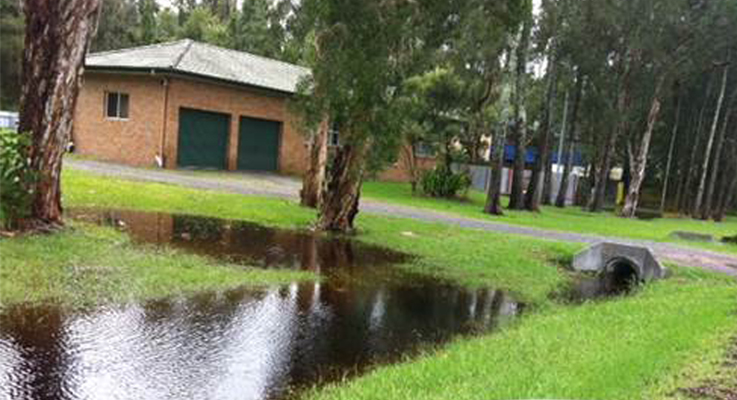 Some requests for even the simplest of tasks appear to have been given a low priority according to Peter Economos from the PBCA.

Speaking with Myall Coast News Of The Area, Peter Economos said, “Here we are getting towards the end of February 2016 and there are still many outstanding tasks for GLC to tend to after last year’s April storms.”

“This is an unreasonable/unacceptable situation. The community deserves the attention that other areas in the Shire receive,” he said.

“There are significant road and drainage issues in and around Pindimar and Bundabah which in reality are health and safety issue.”

News Of The Area obtained several emails between GLC staff and the PBCA which outlines Councils stance on several projects including maintenance of fire trails, foreshore restoration at South Pindimar, including the boat ramp and erosion problems near the big pine tree, and maintenance and restoration of the Reserves in both North and South Pindimar.

“Great Lakes Council cannot claim to be a standalone Council by relying on continual increases in rates and grants,” said Mr. Economos.

News Of The Area spoke to Council’s Director of Engineering Services Ron Hartley.

Mr Hartley said, “The Pindimar- Bundabah community receives the same attention as other areas of the Great Lakes LGA.”

“The storms in April last year created havoc throughout the region and generated a substantial amount of work in addition to Council’s scheduled works program,” he said.

“The majority of the issues generated by the storms have been attended to, however, some require more considered attention and some require specific funding allocations by Council.”

Mr Hartley said, “Pindimar is a low lying area of waterfront land so inundation and water ponding will occur from time to time.”

“The rectification of many of the drainage issues is not a simple task because of the lie of the land so design work is needed prior to any on-site works. Design work is being undertaken on a number of these sites.”

“Council has a limited workforce and resources, and accordingly must prioritise the required works,” said Mr Hartley.

“This must take precedence over water ponding in the roadside drain,” Mr Hartley told News Of The Area.

When asked about specific projects, Mr Hartley said, “With regard to the South Pindimar boat ramp and pine tree, Council sought funding through recent grant programs but was unsuccessful.”

“However, Council is pursuing the protection of the pine tree and has obtained an approval from the Marine Park Authority and completed a review of Environmental Factors to enable this work to be undertaken,” he said.