The much anticipated dredge arrived in Hawks Nest / Tea Gardens this week to commence the opening of the eastern channel of the lower Myall River. 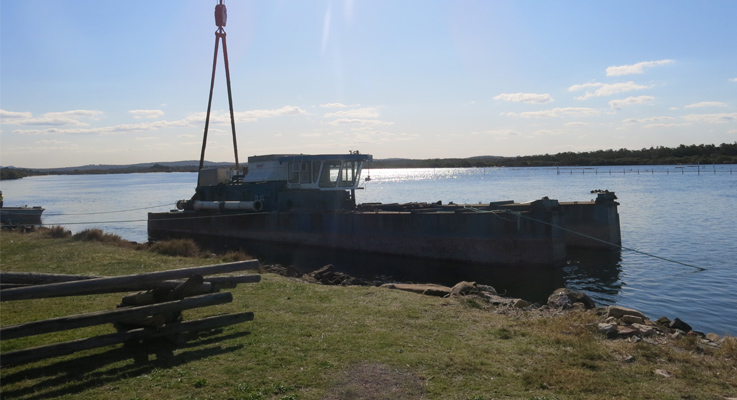 It will take several days for the component parts of the dredge to be delivered to site, assembled and lowered into the water.

“Excavation work commenced in mid-June on this long-awaited project with the removal of  sand above the high tide mark from the site of the proposed new channel opening. To date, the dredging contractor has removed approximately 34,000 cubic metres of sand to create the initial channel through the Winda Woppa sand spit,” said Council’s Natural Assets Officer, Drew Morris. 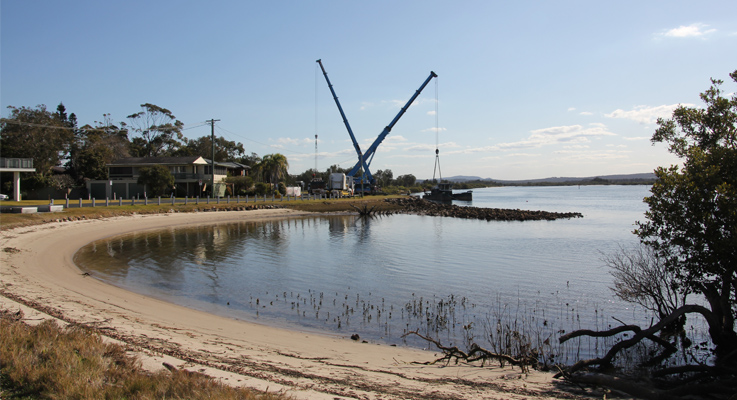 The next stage of the project is to pump sand from the channel and deposit it at Jimmys Beach to rebuild the beach and protect The Boulevarde.

After this is complete, sand will be dredged to another erosion spot on the beach west of Barnes Rock, and the remainder of the sand pumped from the channel will be stockpiled on Winda Woppa spit. 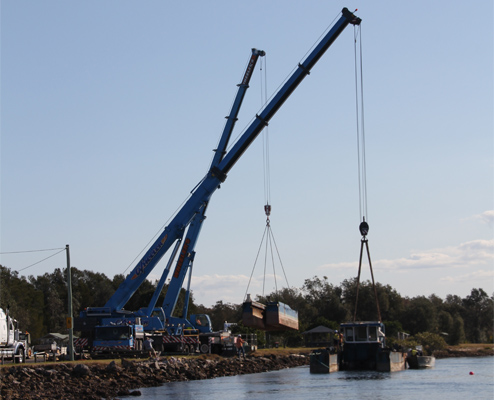 In total, approximately 56,000 cubic metres of sand is expected to be dredged from the channel in addition to the sand already removed.

The dredging contractor is currently assembling the temporary pipe that will be used to pump sand from the proposed dredge channel to these areas.

“The contractor will be using the car park at the end of the Anchorage to assemble the dredge and lower it in to the water.  Pedestrian access to the toilets and park will be maintained while this work is undertaken,” said Mr Morris. 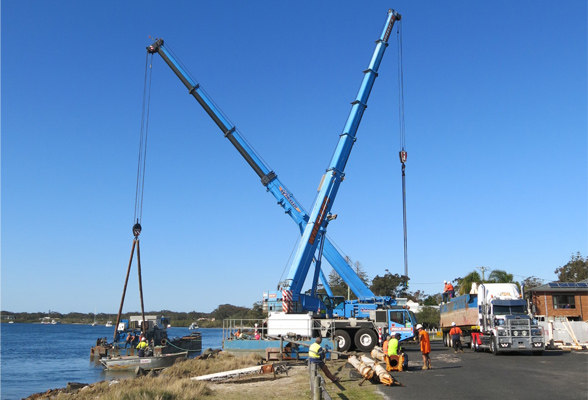 While works are progressing, Council is also working on the design of the proposed sand transport system for the ongoing nourishment of Jimmys Beach.

Council had previously called for expressions of interest for designers and from this a shortlist of experienced designers was adopted by Council in June.  Council staff is currently preparing the subsequent tender documents.

“The designers that have been shortlisted have all previously been involved in large sand transportation projects across the country from Adelaide to Busselton in Western Australia as well as internationally, so a lot of experience will be bought to bear on this project,” said Mr Morris. 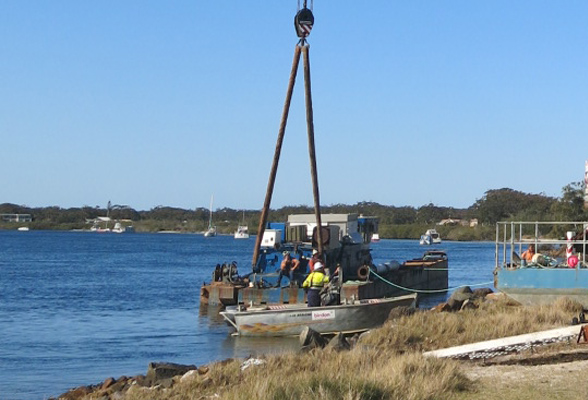 In other project news, initial weed control activities have been commenced on Corrie Island, and most of the pine wildlings have now been removed from the island.  Feral animal baiting is also currently being undertaken by National Parks.

The overall lower Myall River project has been funded by the Australian Government, NSW Department of Primary Industry (Crown Lands) and NSW Office of Environment and Heritage as well as Great Lakes Council. 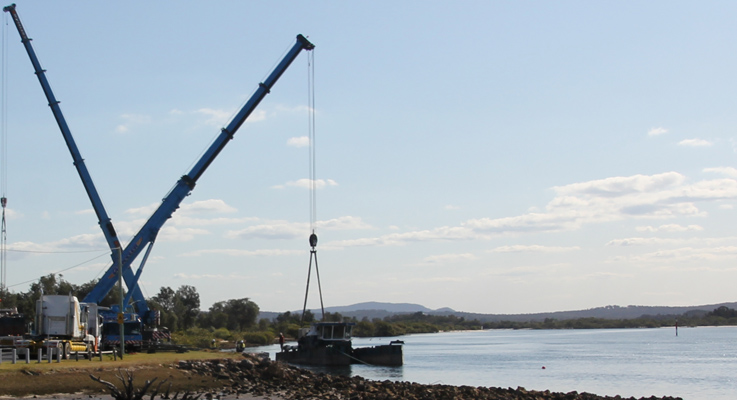