LOCAL Police are calling on the community to continue to help them in their war against drugs. 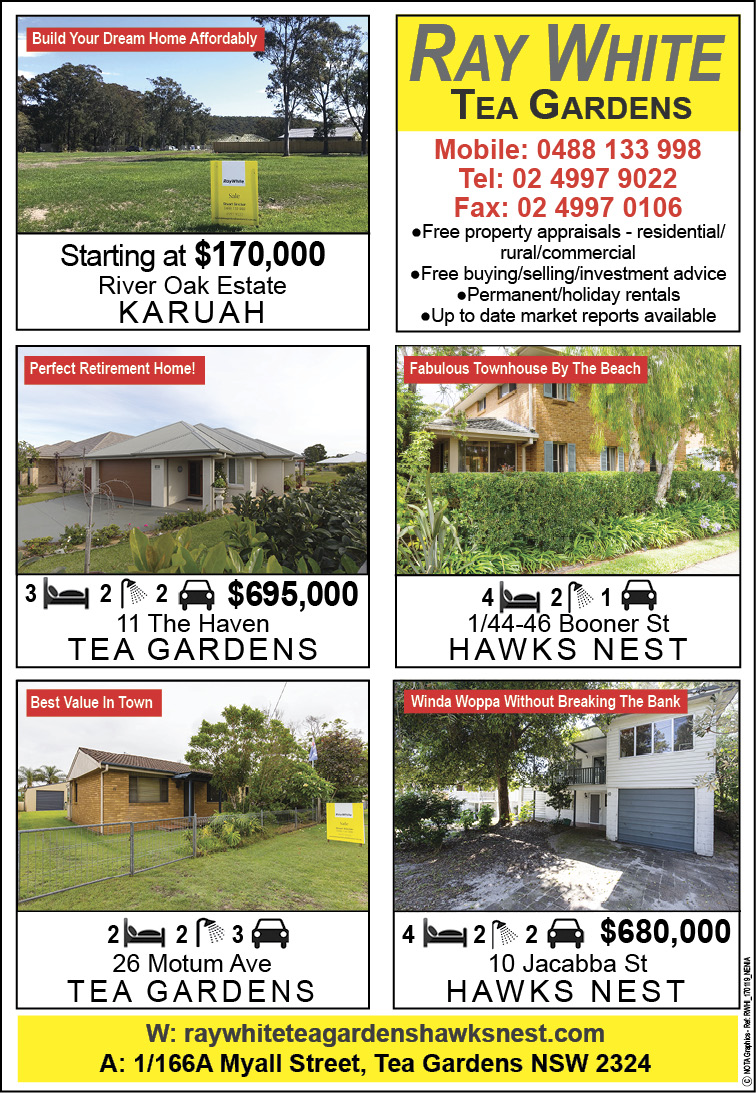 “In last two months the community has supplied us with information in relation to people that are supplying drugs within the Tea Gardens Police Sector which includes Hawks Nest, Pindimar and Bundabah,” Senior Constable Dave Coyle told News Of The Area.

“As a result of that information, three hydroponic cannabis setups have been dismantled and the persons responsible placed before the court along with another person charged with supply.”

Senior Constable Coyle said, “I appeal to anyone that has knowledge of drugs being grown, manufactured and/or supplied in town to report it.”

“All reports can be reported anonymously and the information that you supply might just save a friend or family member .”

Police allege he was severely affected by drugs and had reportedly smashed the rear of a Toyota Landcruiser.

The Windale man was taken to hospital and later charged with offensive behaviour and malicious damage and will appear in Raymond Terrace court later this month.

In the early hours of New Year’s Day, Police were called to a local licenced premises in relation to a 40 year old woman who was abusing staff and refusing to leave.

She was issued with a $550 infringement for failing to leave when requested.

At 9am on Friday 4 January Police stopped a Ford Falcon sedan on Tarean Road at Karuah.

The female driver returned a positive roadside drug test for both cannabis and methamphetamine and a later test at Tea Gardens Police Station returned another positive reading.

On Saturday night 5 January Police were called to a man in trouble on the oyster leases opposite the Anchorage in Hawks Nest.

Police say the man had been thrown from a boat and hit by the prop and needed medical treatment in John Hunter Hospital for severe lacerations.

Officers later discovered the boat had no safety gear on board and the man was unlicensed.

He’s since been charged with negligent navigation.

One thought on “Drug Busts and arrests in Tea Gardens”